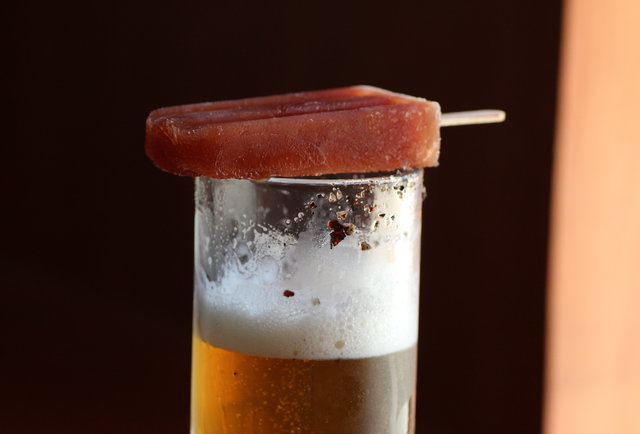 Thrillist discovered that Diablo Taco in Los Angeles, California makes Mexican Michelada ice pops as an add-on to top a glass of one of their cold beers. The frozen ice pop (the house specialty) consists of “organic tomato juice, fresh-squeezed lime, chilis & secret spices” which Thrillist says can be dunked, dropped or just eaten at will.

Defining “Michelada”: the word “chela” is a popular way to call a beer in Mexico. “Mix” comes from the mix of sauces added to the beer. Combine the two and you get “Michelada.” Others argue it stems from “Mi helada”, meaning “My cold beer”… Either way, are you thirsty? We have A/C, cold beer, and sports on TV.