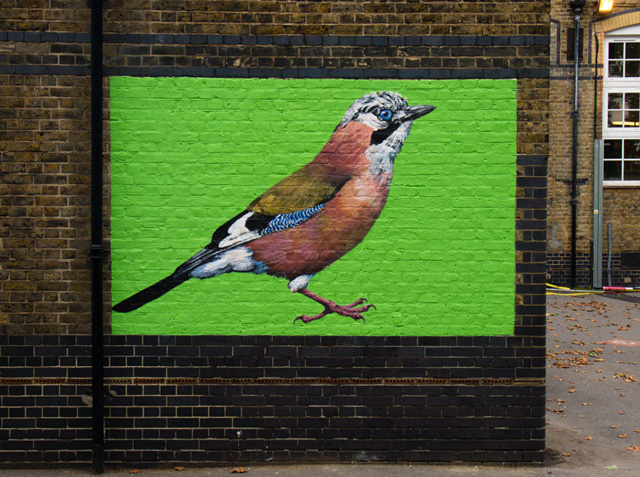 London-based artist ATM has created a series of street paintings in London that depict birds—once common in England—that are now either extremely rare or longer exist on the island. 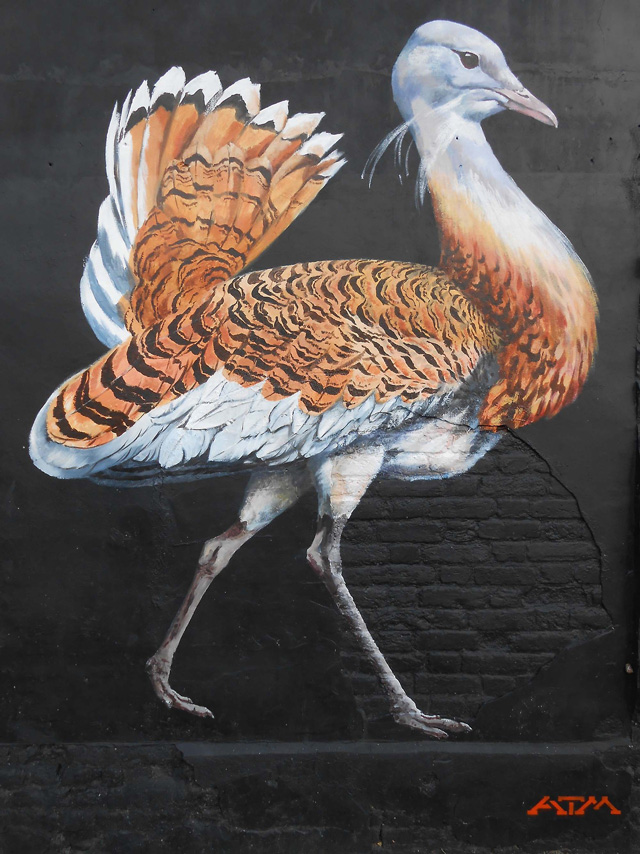 Great Bustard painted on New Road, Whitechapel, London. Great Bustards, hunted to extinction in Britain by 1832, have recently been re-introduced to Wiltshire, and are now living wild in England for the first time in 180 years. 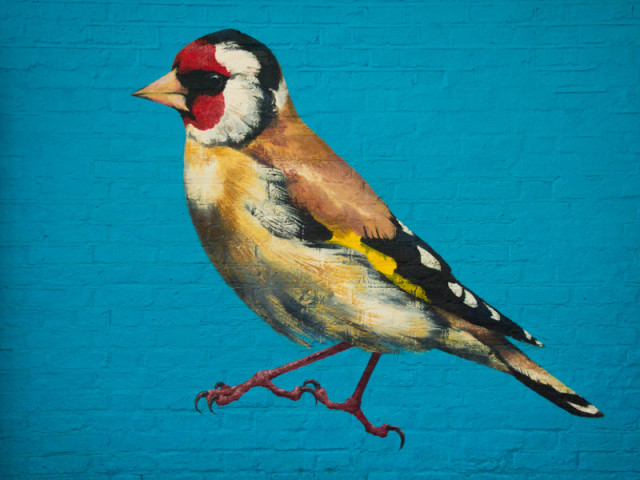 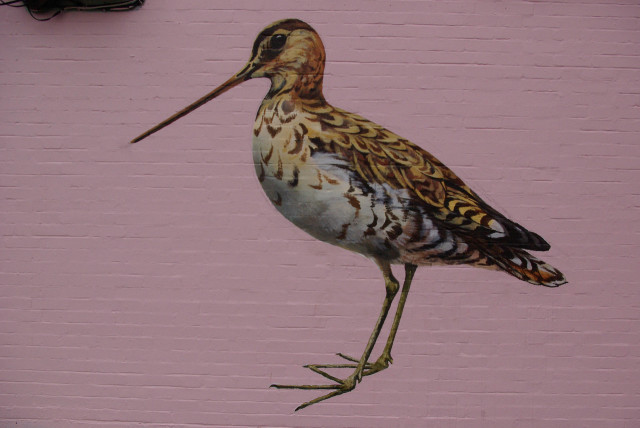 Snipe painted with acrylics and brushes 3.5 x 7 m. 2013. South Acton Estate. Part of Acton Community Forum ‘Art hits the streets’. Snipe were once common on the wetlands by the Thames. They have a beautiful display flight where they dive high over the marshes at dusk and make a strange humming sound as the wind rushes through their outer tail feathers. With habitat restoration of some water meadows they could return. 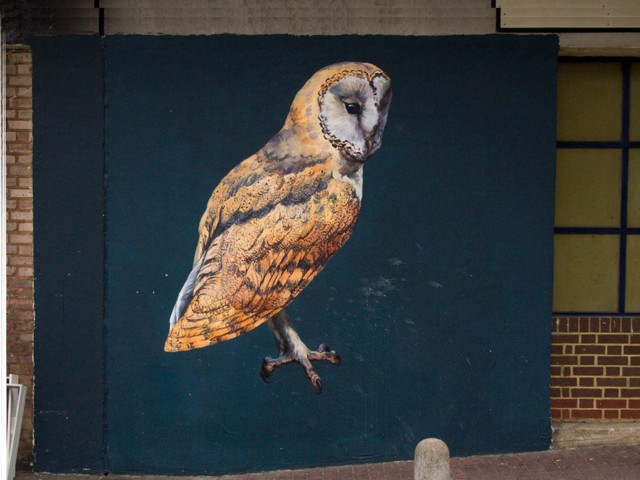 Barn Owl painted with acrylics and brushes 4 x 5 m. 2013. South Acton Estate London W3. Barn Owls need 17 hectares of rough grassland to hunt voles. They can live near people and nest in old buildings or tree holes. How amazing it would be to have them back living in London. With habitat restoration it could happen!