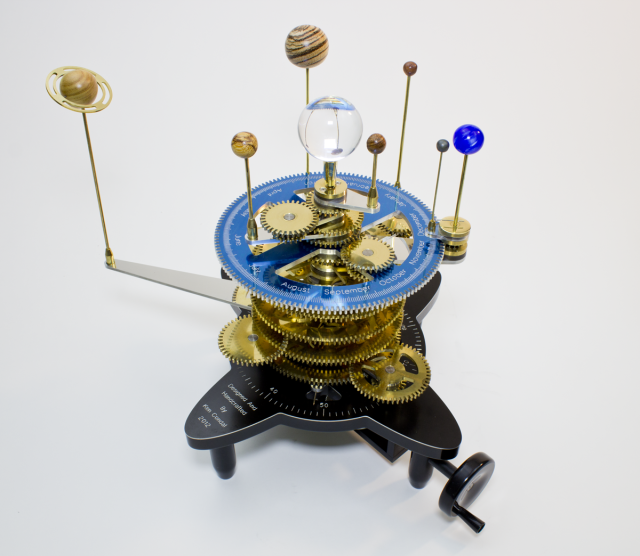 Designer Ken Condal created a beautiful handcrafted orrery, a mechanical model of the Solar System, from “brass, aluminum, acrylic, corian and exotic woods” with the help of David Clark in 2012.

The model includes representations of the planets Mercury, Venus, Earth and the Moon, Mars, Jupiter, and Saturn orbiting a clear orb representing the Sun thanks to a series of gears. The particulars of the project, which took Condal 10 months to complete, are broken down in meticulous detail in a series of blogs over on Condal’s website.

Ever since the fourth grade when we made solar systems with coat hangers and styrofoam balls, I’ve wanted to build a more realistic Orrery but was never able to find a design or set of plans that inspired me. Having never worked with gears, I believed that designing my own was far beyond my skill level, but that’s never stopped me before. 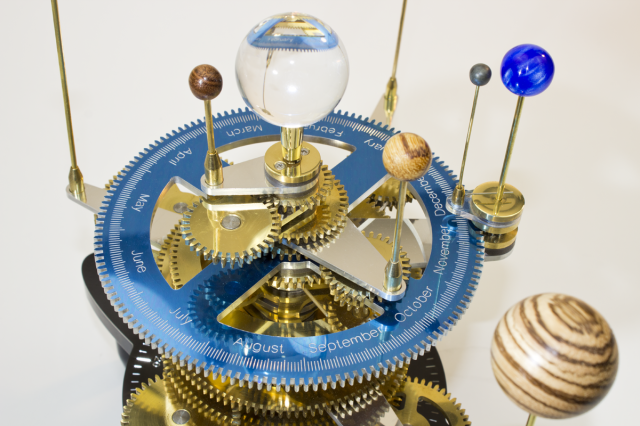 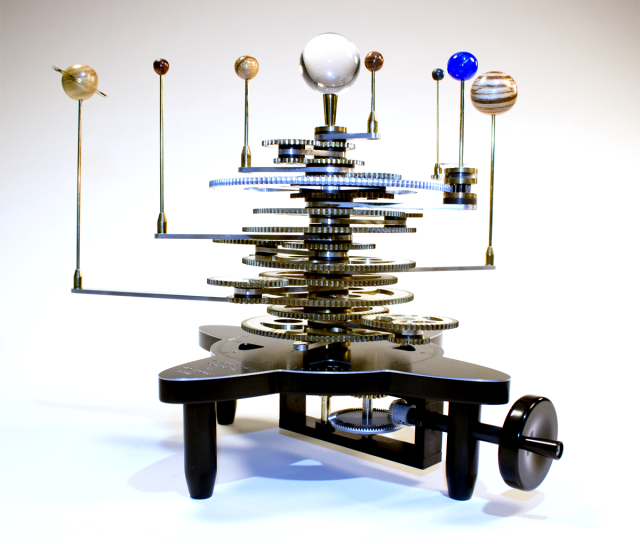