404 Not Found is a hilarious new coloring book created by The Oatmeal featuring all sorts of weird, kid friendly drawings and a story about a “robot lost in a world of pregnant dolphins and interstellar travel.” To please the fans, The Oatmeal is also releasing a NSFW edition of the coloring book, appropriately titled Penis Fairies & Queef Storms, featuring “boobs made entirely of chainsaws, diarrhea tsunamis, and penis(es).” Both books are available to pre-order from The Oatmeal website and will be released in fall 2016. 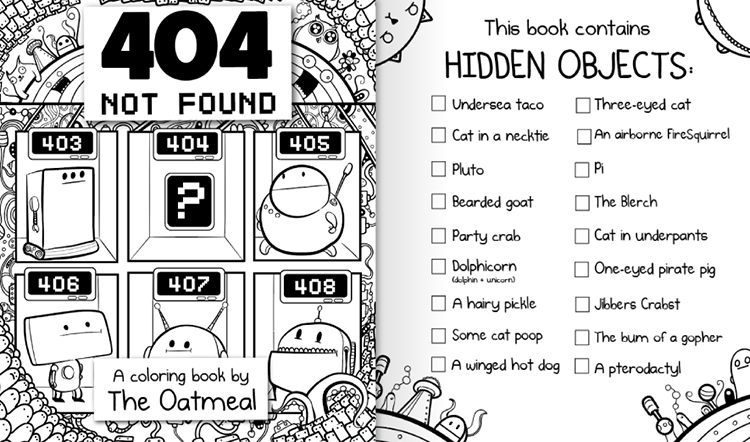 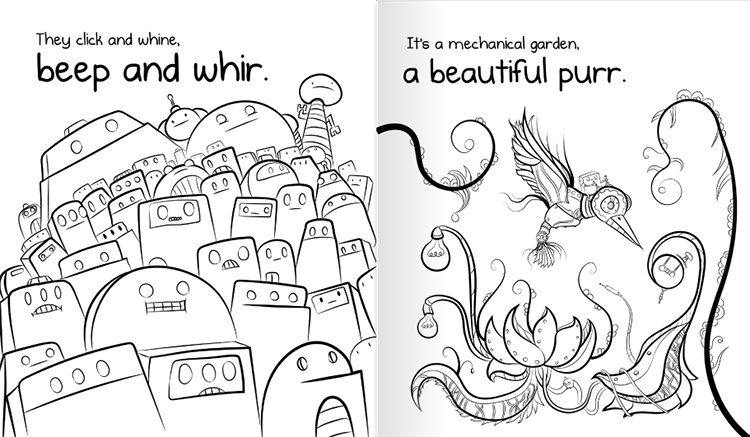 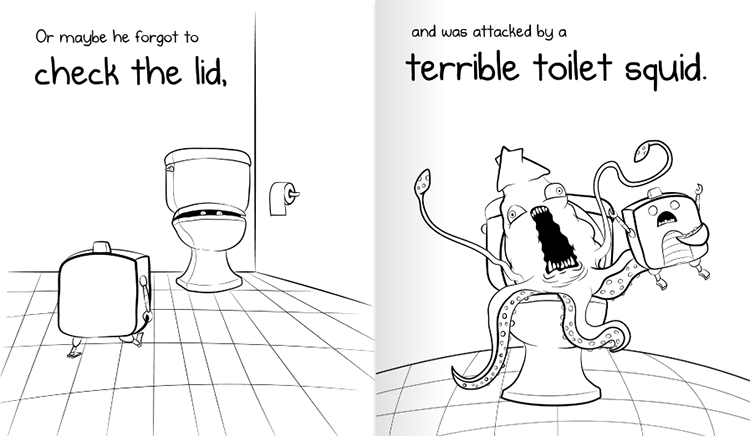 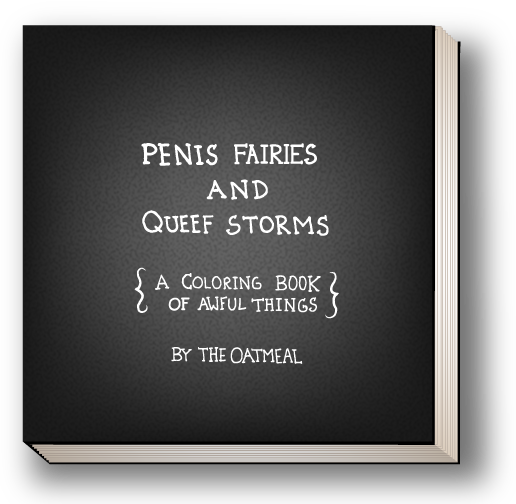 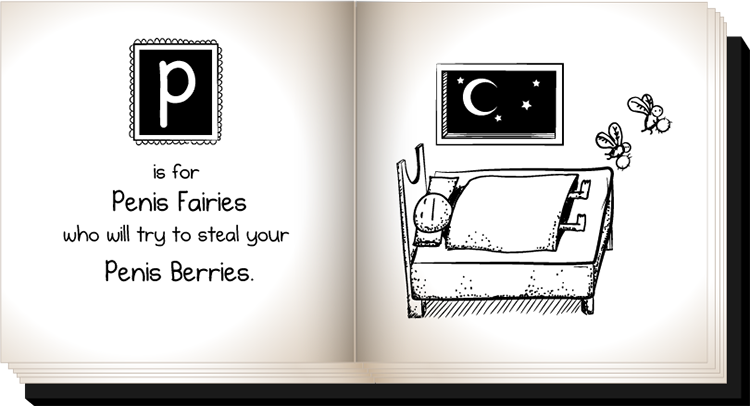 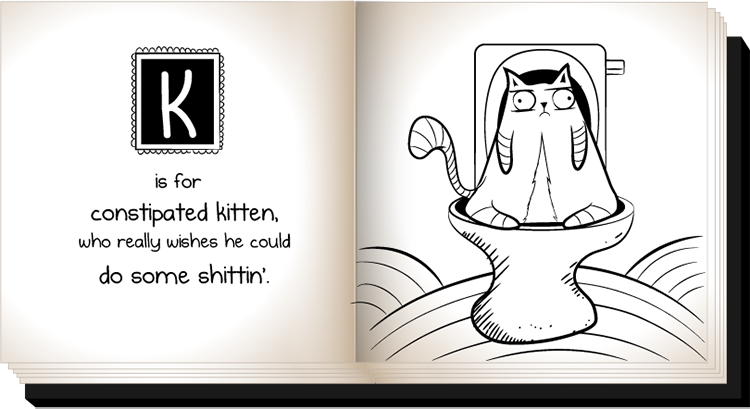 The Oatmeal also released a comic highlighting their years of creativity. 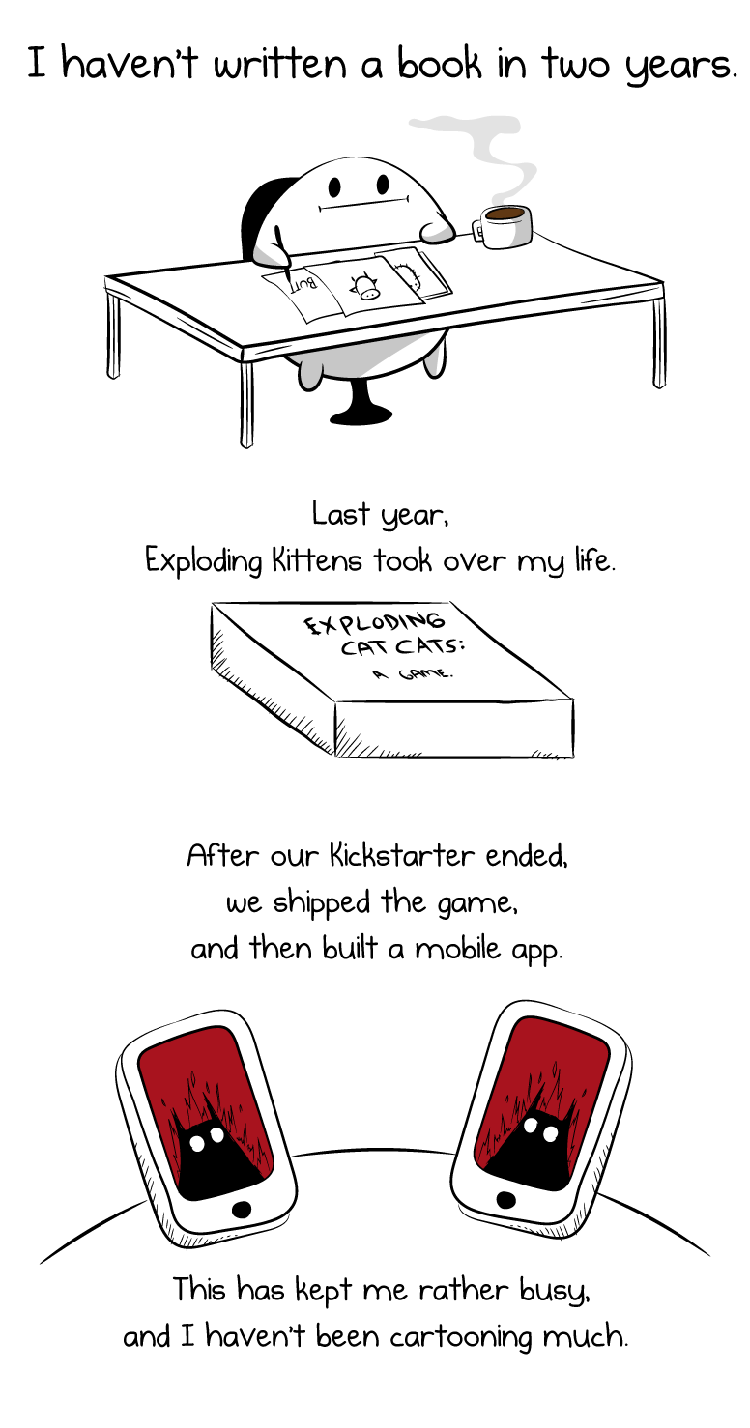