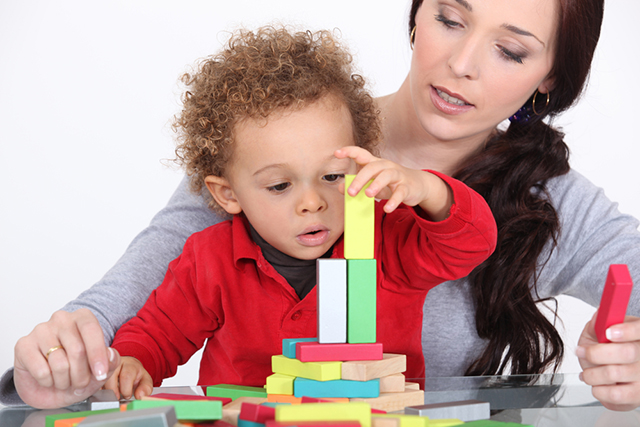 Novelist, screenwriter, and game designer Chuck Wendig of terribleminds has created a list of “25 Things You Should Know About Life with a Toddler” that is both hilarious and spot-on.

Maybe you’re a new parent. Or want to be a parent someday. Or you’re long past your Toddler-Wrangling Years and want to look back with nostalgia and pants-shitting terror over that time. Hell, even if you qualify as none of those things, you will still likely be one day in the presence of a Toddler or Toddler-Shaped Creature, and so, I present to you this Handy Guide.

Here are a few of the Chuck’s thoughts from the list:

Take a bunch of wolverines. Throw them into a roaring F5 tornado. That’s a toddler. It’ll tear through your home, shrieking and whirling about, scooping things up and depositing them elsewhere. It’ll lose things. It’ll destroy other things. It’ll change direction in the hair’s breadth of a moment — “I’m doing this no now I’m doing this other thing wait what’s that over there.”

5. WITHOUT FOOD AND SLEEP THEY ARE BASICALLY HILL CANNIBALS

Two guaranteed meltdown triggers, however, are: hungry and tired. May the gods help you if both the SLEEP and FOOD boxes remain unchecked because I’m pretty sure that’s how you get the Reavers from Firefly. If ever you are near a toddler and you’re like, “I have no idea what’s wrong with this flailing creature,” ask yourself — when did they last eat? And when did they last sleep? Fix one or both as swiftly as the time-space continuum allows.

I have perhaps painted toddlers as cruel little fallen gods and snargling chaos beasties who have descended into our world from another so that they can spread their Seussian Gospel and answer the Red Telephone in order to transmit the Sodor Virus — and all of that is true, totally true, not a word of it is false. But it’s important to note that, really, toddlers are just little humans, and as humans, they can be surprisingly capable of empathy. They feel bad if you feel bad. They want to make your boo-boos feel better. They laugh just because you find something funny, not because they actually understand it. They are highly tuned into the parent frequency, and this is very important with what you, as the parent, put out there. You put out anxiety and anger, you’re going to get anxiety and anger in return. (read more)