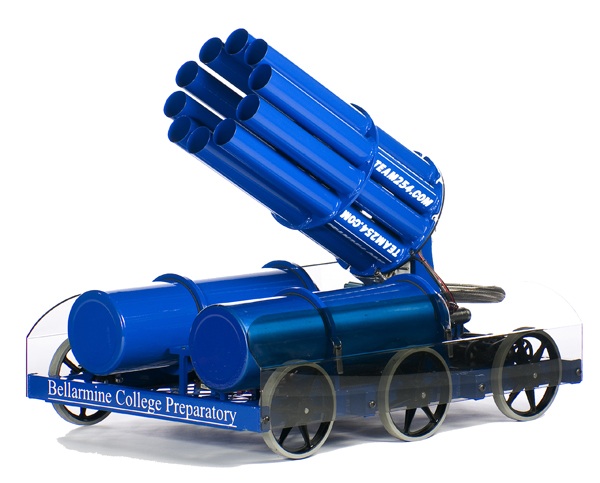 Team 254 Robotics of Bellarmine College Prepatory in San Jose, CA, with the help from NASA Ames Robotics, built an amazing 10 Barrel Gatling T-Shirt Cannon that can shoot 200 t-shirts up to 150 yards at a rate of 3 t-shirts per second.

In Summer 2010, Team 254 decided to build a T-Shirt Shooting Robot to be used for promotional events. After two months of hard work, our robot debuted at a spirit rally at our school, Bellarmine College Prep in San Jose. The robot was received very well and was loved by the students at the rally.

Team 254 plans to use its T-Shirt Cannon Robot to promote the team and its sponsors. We will be bringing the cannon to team and school events as well as sponsor events.