In June 2016 I took one of Callum’s 3D printed unstickered 6mm Subatomic Rubik’s Cubes and filed it down to a size of 5.4mm. Although I had made it smaller, the proportional aspect (cubies with square sides) of it was lost. So whether it’s still a Rubik’s Cube seems uncertain. When stickered it has an edge of 5.6mm. The previous smallest is 5.7mm unstickered or 5.9mm stickered by Evgeny. It’s proportional and there’s no question about it’s status as a Rubik’s Cube. The current official smallest is 10mm also by Evgeny which Guinness needs to update.

I am not sure if I will submit this as a world record attempt. Not only is it disproportional but a huge amount of credit must go to Callum plus the 3D printing machine at shapeways that physically made the parts prior to me modifying them. 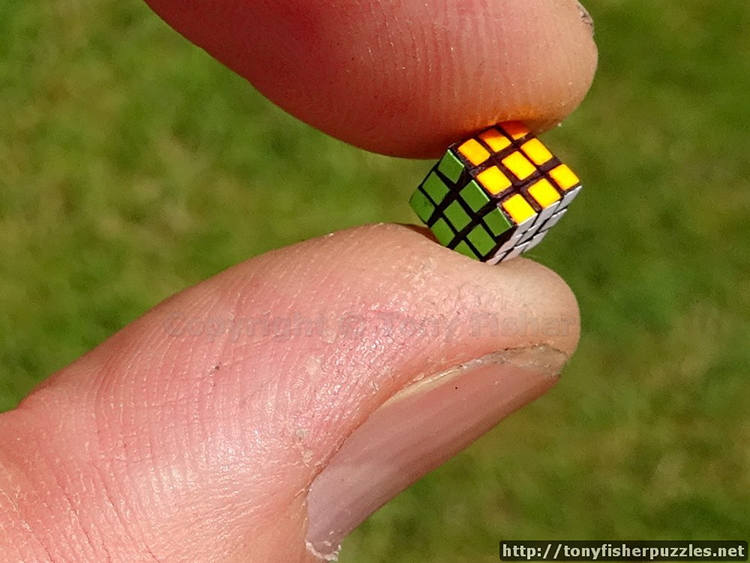 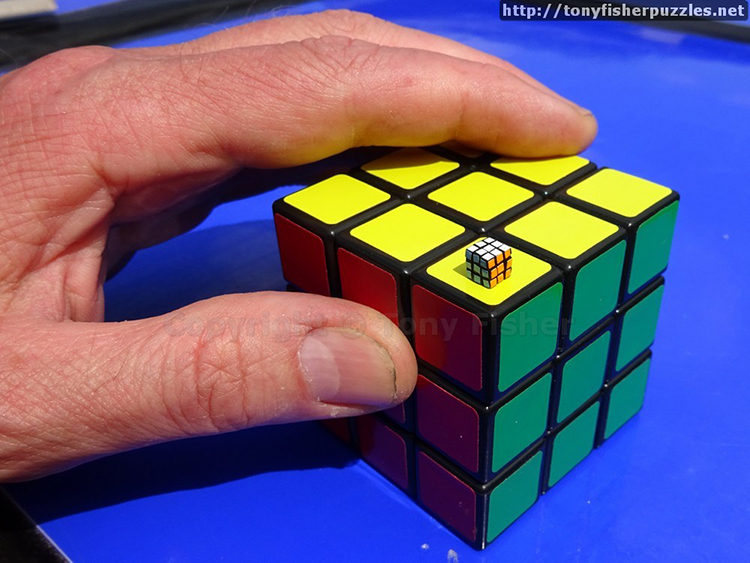 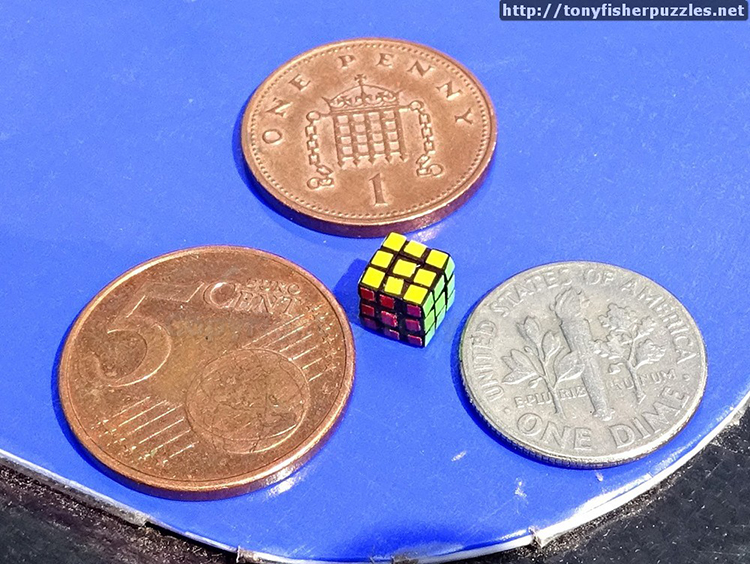