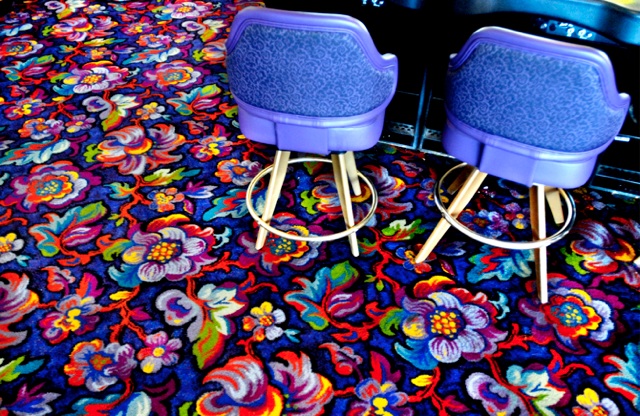 Years ago, while in Las Vegas covering the World Series of Poker, Maluszynski found himself as enraptured by the drama unfolding below the tables as above them. Originally from Sweden, now based in New York, Maluszynski spent four years roaming Sin City’s kaleidoscopic corridors with his camera.

“The carpets definitely play a big part in keeping the town as surreal as it is,” said Maluszynski by e-mail. “Thought has been given to the carpeting by people who want to create this special atmosphere, [one] that defines Vegas as a gambling city.”