With more and more people feeling confident that they can reach the summit of Mount Everest, long lines have started forming, leaving people waiting to climb while their oxygen runs out. The BBC spoke with two experienced mountaineers, Tim Mosedale and Jo Bradshaw, separately about this unusual and deadly phenomenon.

Both agreed that a number of people are enticed by travel companies to make this trip without preparing them for what could happen. Inexperienced climbers can grow tired more easily and need to rest. Unfortunately, when they take a break, they hold up the whole line of others who want to get by but can’t. And they can’t turn back.

Mosedale also explained that it isn’t the queue itself that is deadly, but rather, the risk of running out of oxygen that makes waiting so dangerous.

When people have to wait in queues, they risk running short of oxygen – and may not have enough oxygen left on their way down. You have you know if you don’t have enough oxygen. You are gonna be in a whole load of trouble if it runs out …so people aren’t necessarily dying from being in a queue. They’re dying maybe because of the fact that they’ve run out of oxygen but the reason why they ran out of oxygen is because they were in the queue and they haven’t got access to spare oxygen. 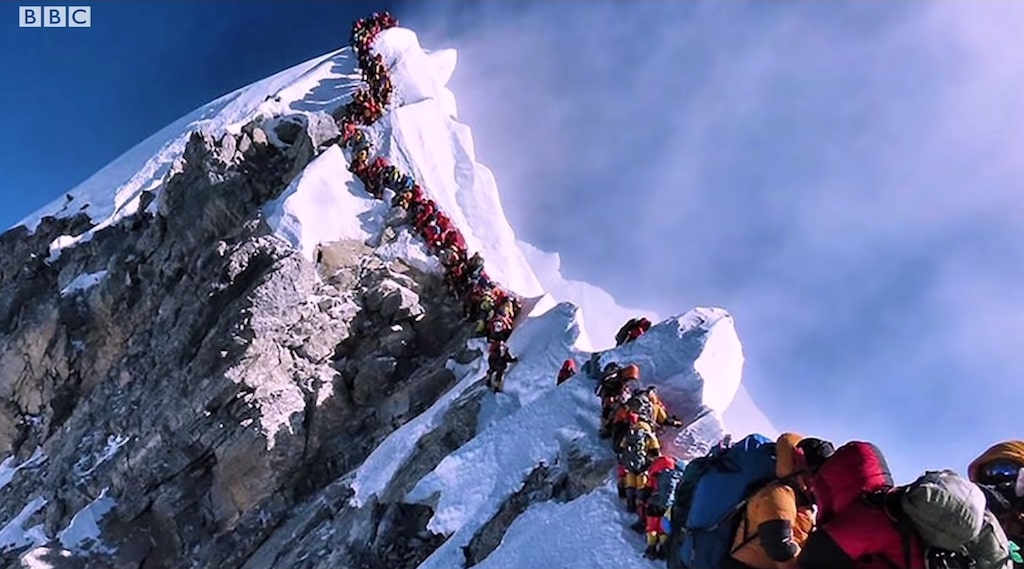