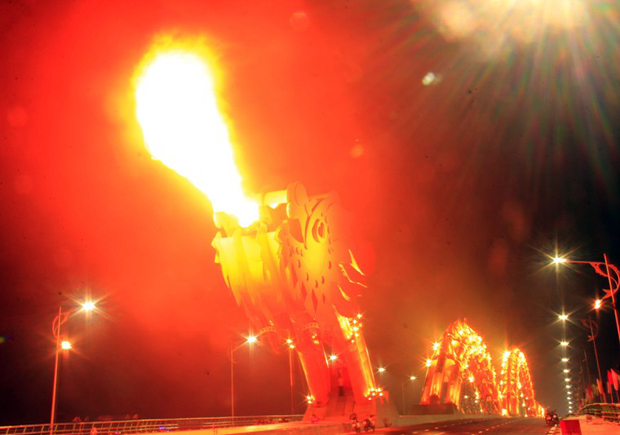 On March 29 officials in Da Nang, Vietnam unveiled the Dragon Bridge, a dragon-shaped steel bridge that is complete with a fire-breathing head. The bridge’s 1,864-foot-long continuous steel arch doubles as the body of the dragon, with the tail at one entrance to the bridge and the head at the other. At night, the body is lit by more than 2,500 LED lights, and on special occasions, the fearsome dragon head releases giant plumes of fire or jets of water. The Dragon Bridge commemorates the 38th anniversary of the capture of Da Nang by North Vietnamese forces during the final days of the Vietnam War. 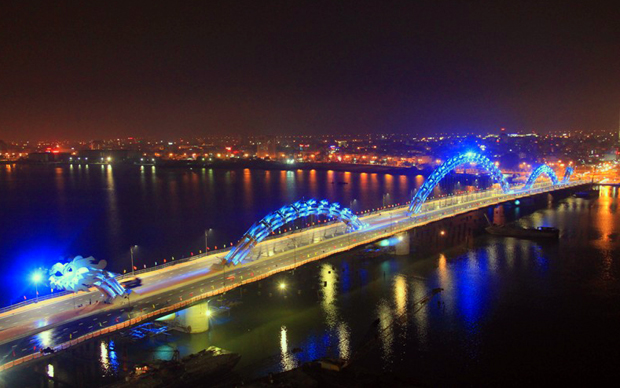 via sotaydulich.com, VietNamNet, The Verge