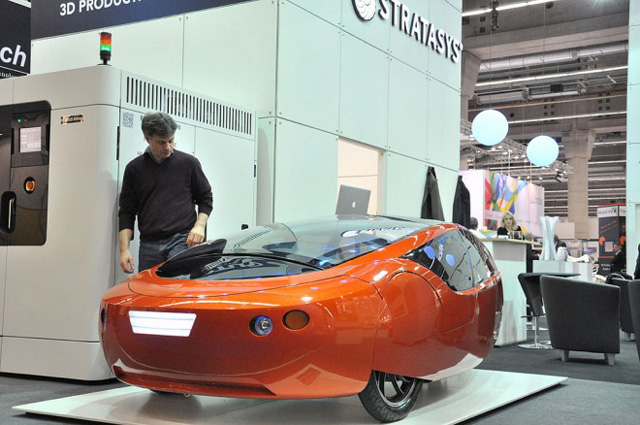 Jim Kor of Kor Ecologic is currently working on Urbee 2, the second evolution of his 3D-printed car. The unusual little vehicle takes about 2,500 hours to print in its entirety, but is only ten feet long and weighs just 1,200 pounds. The three-wheel Urbee 2 is so light because it is primarily made using ABS plastic rather than steel — though the car’s engine and base frame will still be made of metal — and as a result the vehicle is expected to have significantly better gas mileage than traditional cars. As a test of the Urbee 2’s mileage, Kor told Wired he wants to take the car from San Francisco to New York on just ten gallons of gas.

photo by Sara Payne via Wired