Squatty Potty has introduced Unicorn Gold, a bathroom spray that uses gold particles to eliminate malodors. The product’s launch video marks the return of the company’s unicorn puppet and handsome prince spokesman to explain that the spray is the bottled farts of magic unicorns. It works by creating a film on the top of the water in the toilet bowl to trap odors, and gold particles stay airborne to capture any errant smells caught in the “drop zone.” 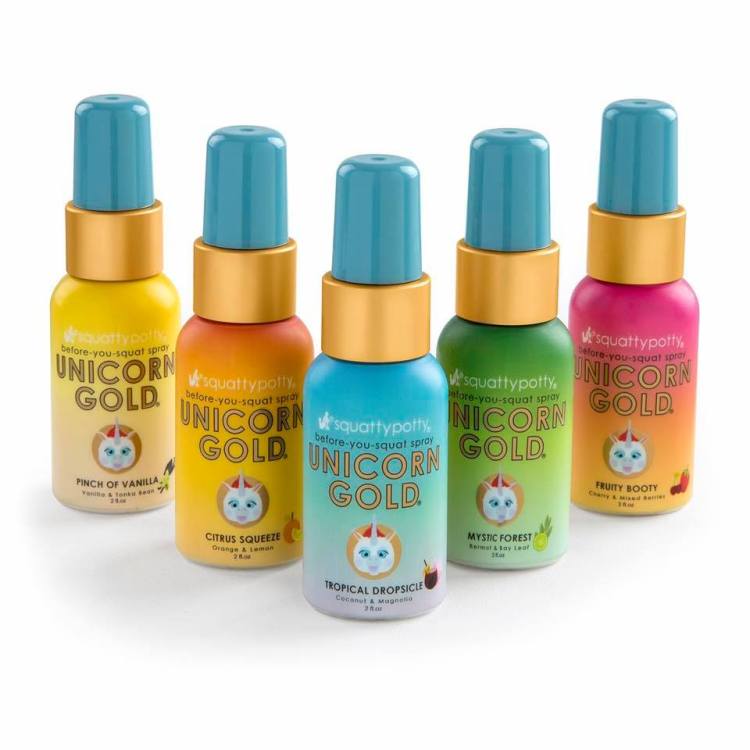