Under the Smogberry Trees is an upcoming documentary about Barry Hansen, a longtime radio DJ who has been popularizing obscure and novelty music under the pseudonym Dr. Demento since 1970 . The film traces Hansen’s life from his Minneapolis childhood, to the creation of “The Dr. Demento Show,” to his present-day weekly webcast. The film’s producer, Meep Morp Studio, is raising funds for the project on Kickstarter.

“UNDER THE SMOGBERRY TREES” will be an engaging filmed history of “The Dr. Demento Show” from its humble start at revolutionary radio station KPPC-FM in Pasadena, CA and up to date at DrDemento.com, covering the lasting impact of funny music on popular culture, and including current interviews with Dementites (the famous and the nearly famous) connected to and/or inspired by the show over its four decades and counting.

It also serves as the definitive profile of Dr. Demento’s alter ego, the globally respected musicologist and historian Barret Hansen. Through stories told in his own words, it will follow Mr. Hansen from his 1940’s Minneapolis childhood, to Reed College in Portland, through his Master’s degree in Folk Music Studies from UCLA, and on to donning the heavy top hat of Dr. Demento in 1970 and carrying it into the Comedy Music AND Radio Halls of Fame! 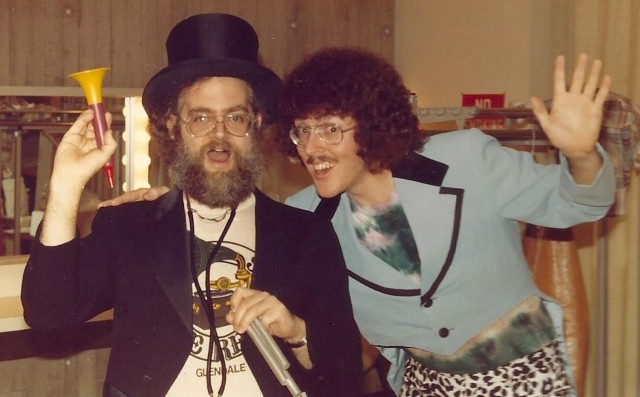