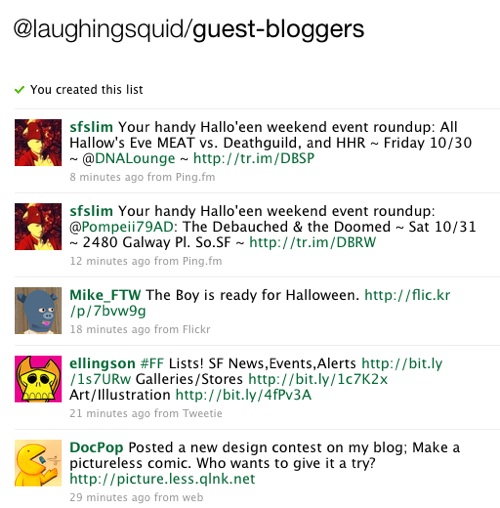 Twitter is in the final phases of rolling out their new Lists feature which allows you to create custom lists of Twitter users. 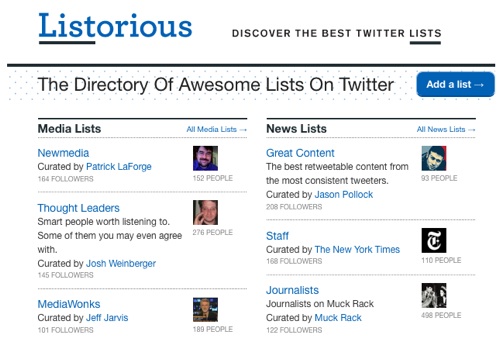 In conjunction with the release of lists, a new Twitter Lists directory Listorious has just launched, providing a way to discover some of the best lists on Twitter.