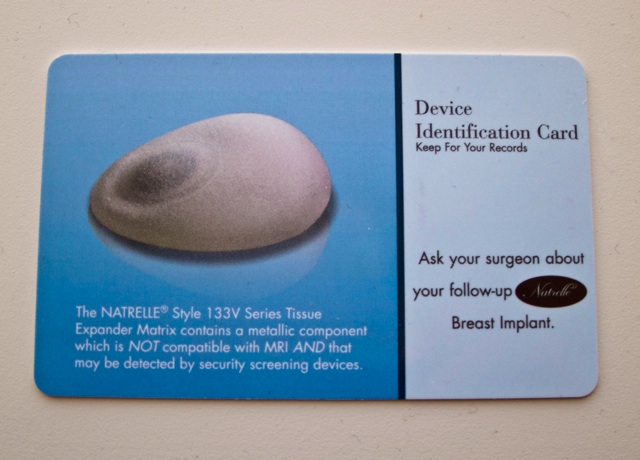 My wife Lori Dorn, who has breast cancer, tells her story about a TSA agent at JFK on Thursday who required her to submit to a pat-down due to her breast implants after she went through a backscatter X-ray scanner. She had an identification card for the implants that are used to prove that the implants are an actual medical device, but the TSA agent would not let Lori show her the card. The TSA agent was extremely rude, humiliating her in front of other travelers and showing zero compassion for her situation.

UPDATE 1: TSA has responded to the issue on the TSA Blog and has issued an apology to Lori.

UPDATE 2: Lori has posted an update on her blog.