In a powerful video essay by The Atlantic, scientist Dave Sischo of the Snail Extinction Prevention Program somberly talks about George, a 14 year old achatinella apexfulva tree snail who died on January 1, 2019. George was the last of his kind. The species is now extinct.

When the last of a species disappears, it usually does so unnoticed, somewhere in the wild. Only later, when repeated searches come up empty, will researchers reluctantly acknowledge that the species must be extinct. But in rare cases like George’s, when people are caring for an animal’s last known representative, extinction—an often abstract concept—becomes painfully concrete.

Sischo and his team are working to save as many of Hawaii’s native tree snails so as to keep them from realizing the same fate as George, although time seems to be working against this noble effort.

This is happening so fast, it’s as if something really catastrophic is happening in the world right now…Sischo and his five colleagues have been trying to save native snails since 2012, when they expanded a program begun by the University of Hawaii in the 1980s and now run by the state government. 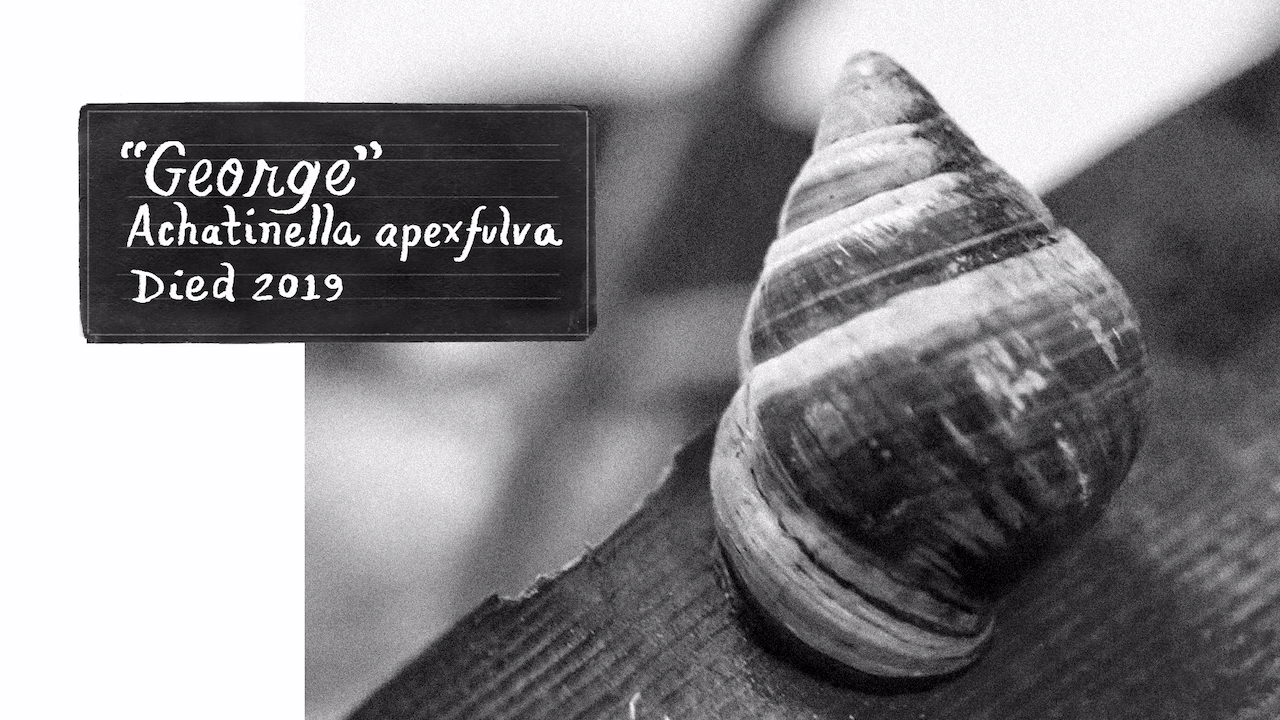