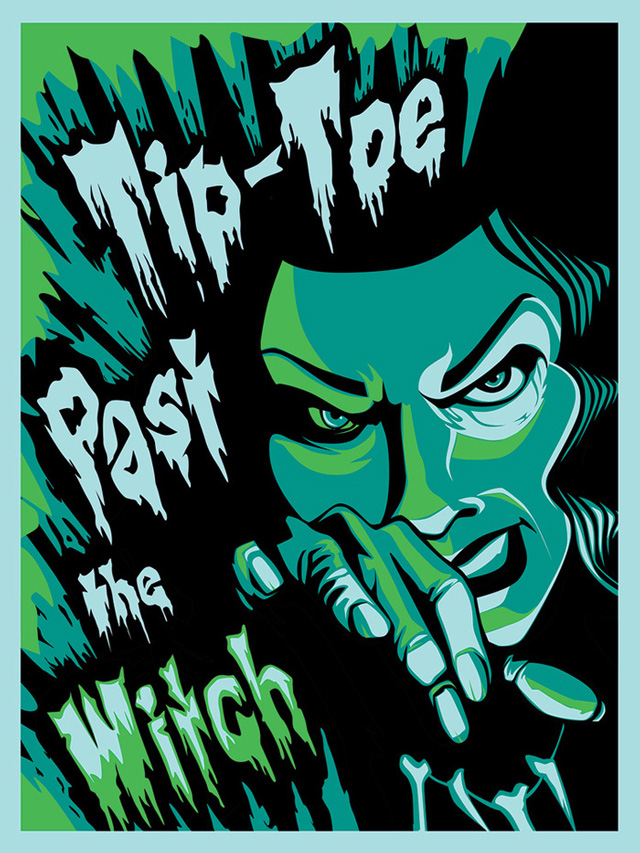 Inspired by Ray Harryhausen movies and the work of the Krofft brothers, artist and director James Kimba Anderson is creating Tip Toe Past The Witch which is described as a fantasy horror web series “for the 13-year-old kid in all of us” (trailer). The project is currently seeking funding on Kickstarter.

A dark “Alice in Wonderland” tale taking place in the nearly vacant town of Tip-Toe. All the adults in Tip-Toe have been taken by the Witch’s Minions (giant 6-foot Frog Zombies) to be planted in the Witch’s Bizarre Garden of Oddities. Transformed into toadstools, the adults await their inevitable fate of becoming ingredients in her cauldron. The children now run the town of Tip-Toe. They detain the occasional family who leaves the main road, desperate for gas. Luring the kids inside with ice cream, the parents are then seized by the Frog Zombies and taken to the Garden. The story is about 13-year-old Ivy’s quest to save her parents, as well as her self-discovery as she faces the challenges in the Garden. There is an underlying plot exploring the children of Tip-Toe and how they have changed to cope and exist while they feed the beast that is the Witch.