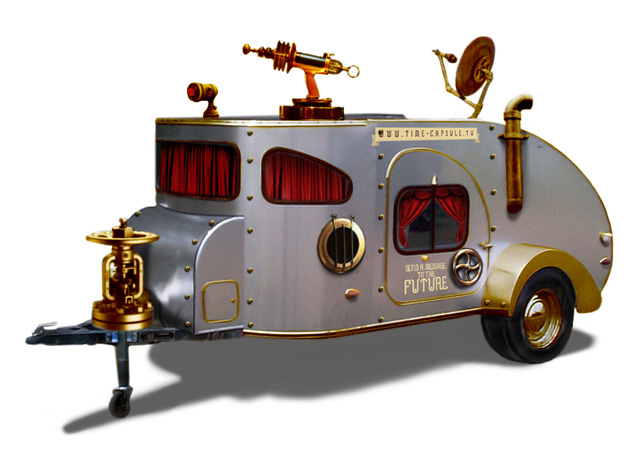 As a longtime fan of musician Thomas Dolby, I was thrilled to learn that he will soon be kicking off his 2012 Time Capsule Tour. The tour will feature music from his current album, A Map of the Floating City, and begins in Austin, Texas at South by Southwest (SXSW) on March 16, 2012 and continues on through North American cities until April 2012. One great thing about this tour is that Dolby is bringing along a “Time Capsule” road trailer where he’ll give folks an opportunity to “make their own fully produced and effected digital 30-second video clip” of messages to the future. Clips are automatically uploaded to his YouTube channel and prizes are given for most viewed clips.

More on that from the tour’s press release:

The Time Capsule is a chrome- and brass-plated road trailer that seats three. With handcrafted leather and wood fittings, and complex electrical wiring that could have been designed by Nikola Tesla, it resembles a Jules Verne/HG Wells-inspired time-travel machine. Inside is a high-tech video recording suite that allows a music fan or guest artist to upload a personal video message to the Future. The Time Capsule will be parked in the street outside each venue on Dolby’s month-long North American tour, and in front of select local radio and TV stations. It will capture hundreds of 30-second clips over the course of the tour, assembling them into an online video montage.

Fans will be able to walk up and step into the Time Capsule to make their own fully produced and effected digital 30-second video clip. The clips will then be automatically uploaded and viewable on a brand-new YouTube channel along with the individual user’s own Facebook and Twitter pages. The most viewed clips will win prizes. Dolby’s label Lost Toy People Records is in discussion with several potential sponsors for the project.

“If you had 30 seconds to explain to an alien visitor what went wrong with our civilization, what would you say?” said Thomas Dolby. “Our species may not be around on this planet much longer, so you might as well leave a welcome message for the next guys!” 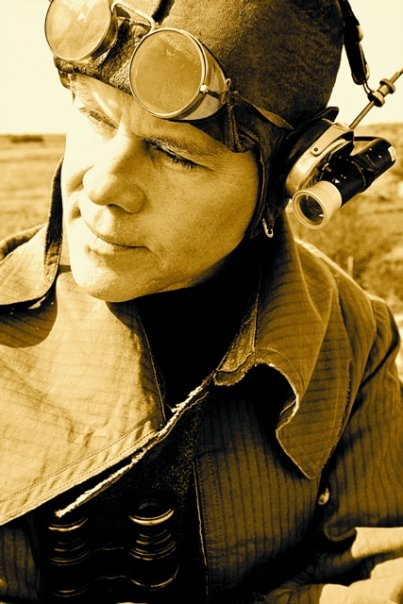 Here’s a live music video of his single, Spice Train: