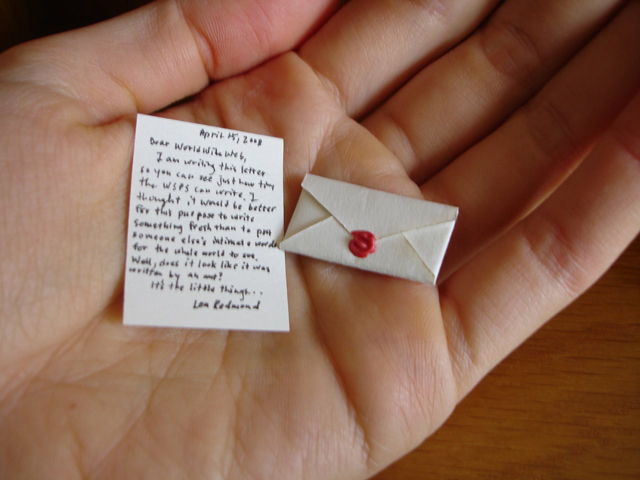 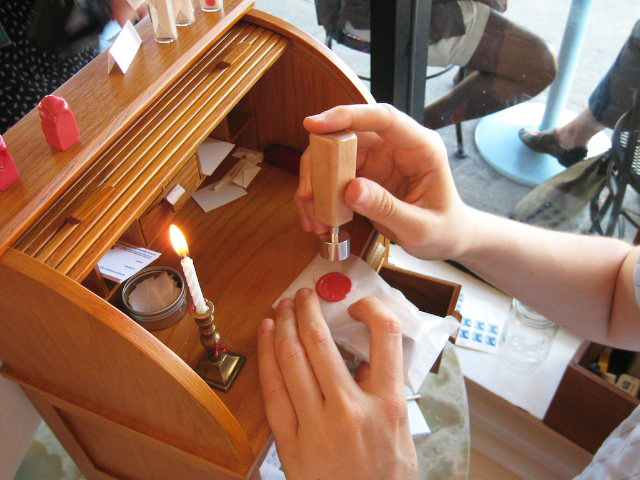 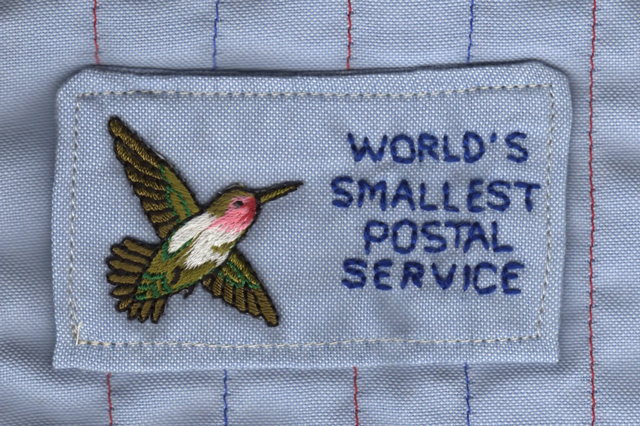 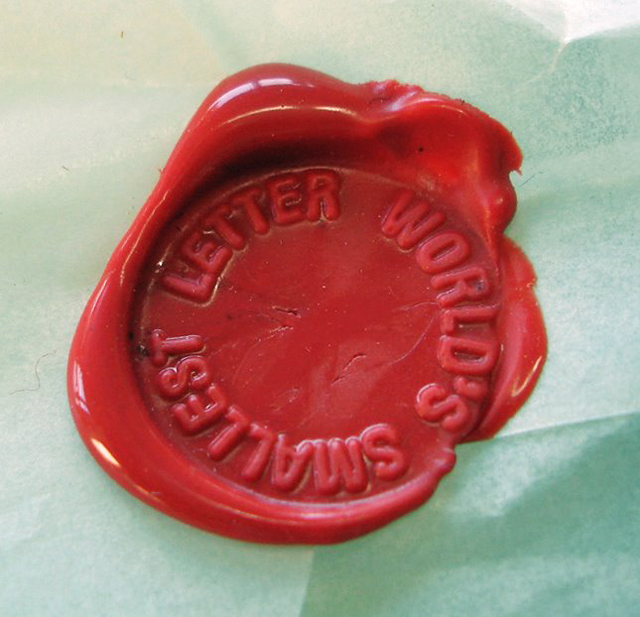 Lea Redmond, postmaster of the World’s Smallest Post Service in the San Francisco Bay Area, has been creating tiny mailables since 2008. She woke up from a nap and an idea pop into her head to make a “really ridiculously tiny letter.” She knew she had to make the idea a reality and now makes a living creating teensy-weensy letters, packages and other miniscule mailables like wedding invitations and announcements for customers all over the globe.

The WSPS began in 2008 as a quirky little social art project. Postmaster Lea Redmond sets up her tiny roaming office in cafes and shops in the San Francisco Bay Area and beyond and offers a teeny tiny letter transcription service to passers-by. At these appearances the letters are transcribed by hand on a miniature, wooden roll-top desk in the tiniest of script, sealed with a miniscule wax seal with the sender’s initial pressed into it, and packaged up with a magnifying glass.

You can order your own custom tiny letters, packages and other mailables at Redmond’s website, Leafcutter Designs.

We’ve also written about Redmond’s instructions, in conjunction with Photojojo, on How to Make the World’s Smallest Postcard.