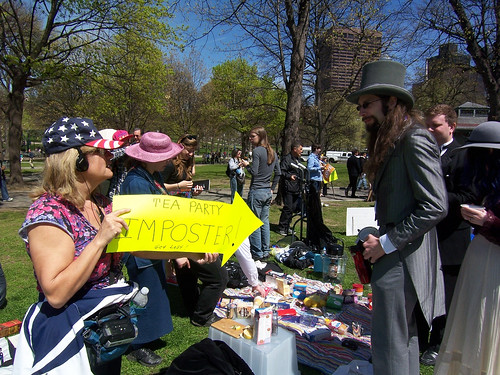 In an act reminiscent of San Francisco’s recent absurdist Westboro Baptist Church counter-protest, as well as the Prim Queer Tea party and Tweed Rides, a group of delightfully dapper Bostonians gathered on the Boston Common last week for an impeccably polite response to a visit by Sarah Palin and the Tea Party Express. 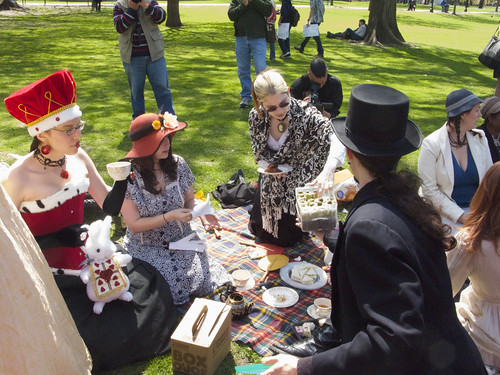 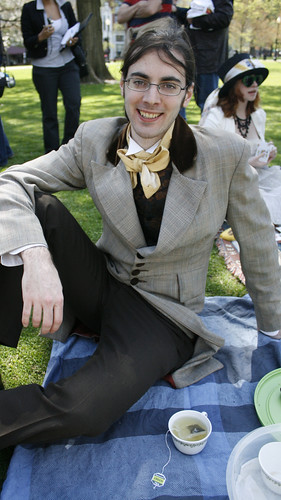 Calling themselves “The Real Boston Tea Party” the group brought out their finest china and best manners to spend a pleasant day in the park, their prim presence and polite placards (e.g. “Our Tea Party Has Cookies” and “Tea Drinkers For Civilized Discourse”) perplexing the perpetually perturbed Palinites. 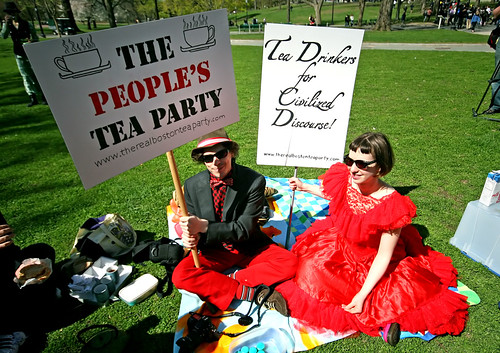 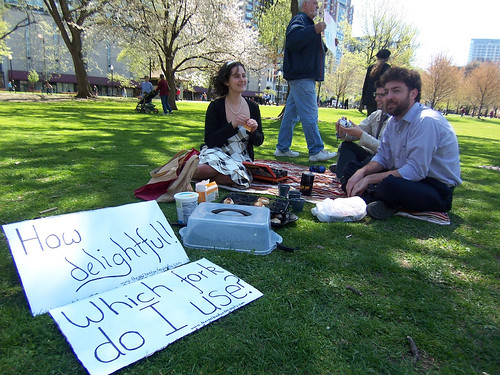 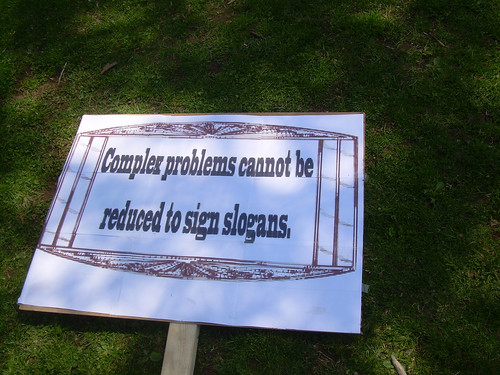 Inoffensiveness. This, I suspect, may be the most controversial proposal. I think that we should attempt to have the world’s mildest, most inoffensive, polite counterprotest ever held. [Our] ideal would be for the press to come up to interview people about their opinions on tax policies and health care, and have responses such as, “Oh, dear, isn’t that a rather personal question?” and, “Really, I prefer not to discuss politics over tea. Would you care for a cup?”

Thus it was that even the patriotically-ballcapped teabagger shown below eventually joined them for a cup of tea. Civility and grace for the win! 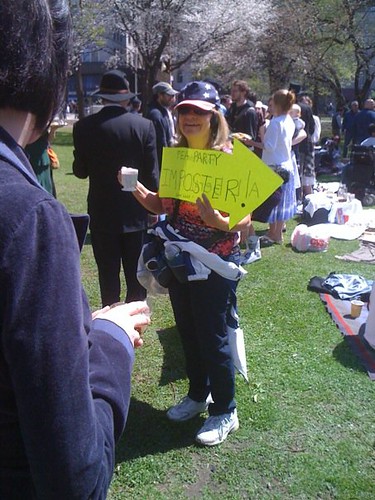