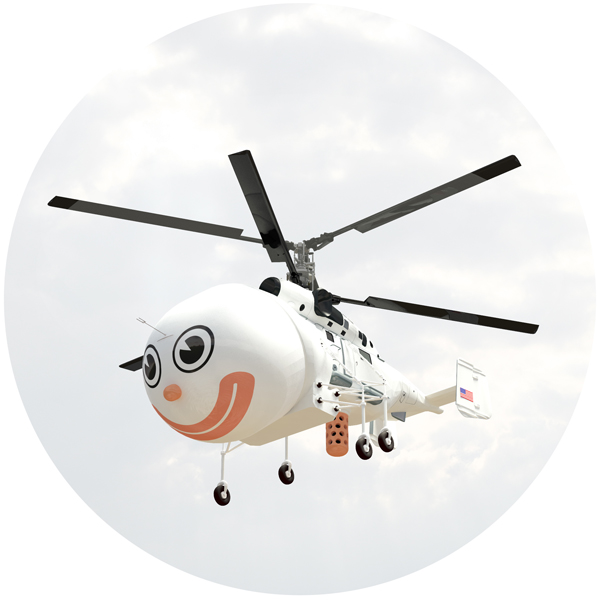 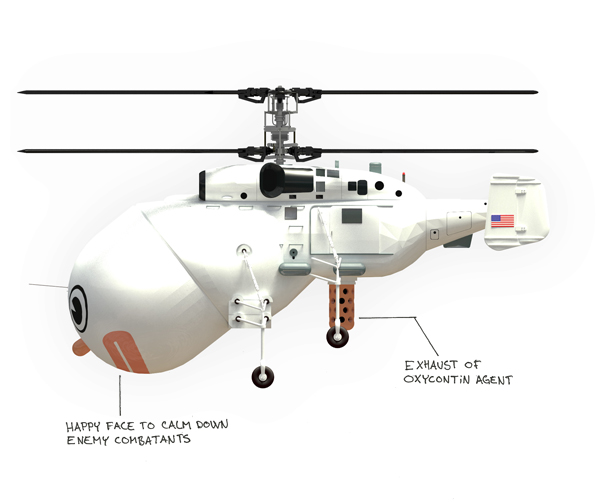 Barcelona-based artist Axel Brechensbauer proposes that the United States abandon its use of armed drones in favor of the artist’s “Peace Drone,” a clown-faced aircraft that would spray America’s enemies with OxyContin.

Happy people are better than dead people and best of all, they will be addicted to you!

Thanks to Axel Brechensbauer for the tip!