“The Night of the Doctor” is a mini-episode of Doctor Who written by Steven Moffat starring a rather unexpected Doctor. The special leads up to the 75-minute 50th anniversary special “The Day of the Doctor,” which will air on BBC One on November 23rd, 2013.

The BBC interviewed the show’s lead writer Steven Moffat about the short starring Paul McGann as the Eighth Doctor:

Question: How did The Night of the Doctor come about?

Steven Moffat: Well, we had our new ‘hidden mystery’ Doctor and I was thinking, what else can we do for our anniversary year… I thought… Why don’t we get Paul McGann in and regenerate him into John Hurt? I’d like to see that! I’d love to see that! And we had this possibility that we could do it as a surprise, so we got in touch with Paul who was dead keen and I’m delighted to say he was so happy to join in with the idea of keeping it secret. He was childishly excited about it!

Paul came along and shot it – it was the last two days of the shoot for the fiftieth, actually. He did a wonderful job. It was great! We designed a new costume for him based on his old one. Howard Burden did a fantastic job with that.

You can read more of the interview at the BBC. 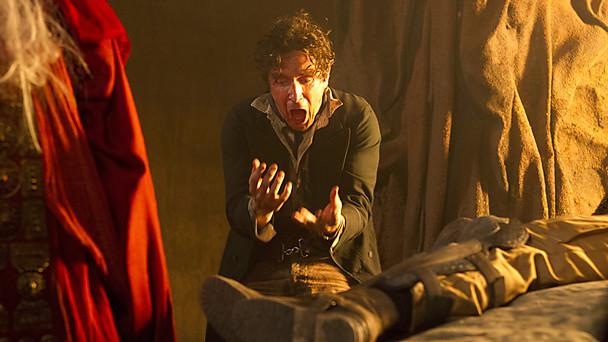 video and image via BBC