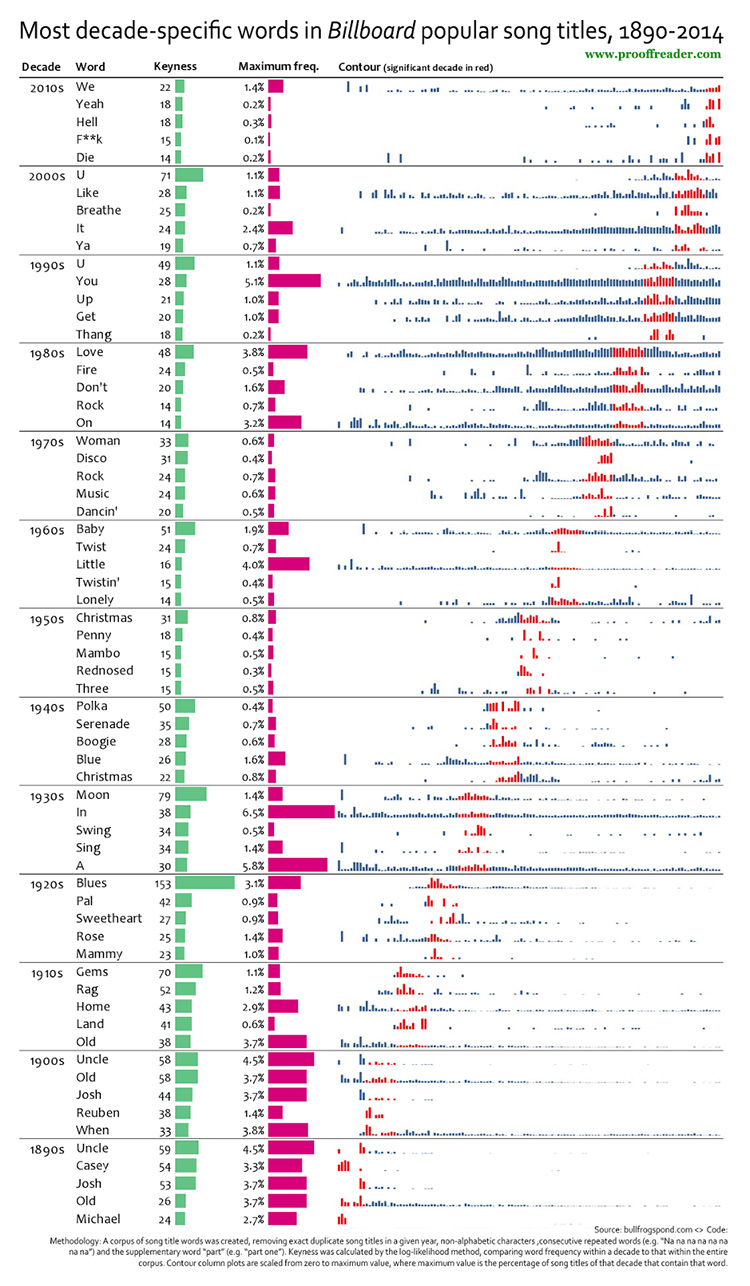 Data visualization site Proofreader mined a list of Billboard-topping song titles gathered by Bullfrogs Pond to determine the most popular decade-specific words, beginning with the 1890s, through today. Songs from the 1930s, for instance, frequently utilized “Moon,” “In,” “Swing,” “Sing,” and “A,” while songs from the current decade were more likely to utilize more obscene language. The site used some complex equations to determine what qualifies as “decade specific.”

I used the log-likelihood method, which returns a measure of the statistical significance of finding that word in that decade. A keyness of about 11 means there’s only a 0.1% chance that you would get the same result higher picking words from the entire collection at random instead of restricting yourself to the words in that subset (decade), and about 14 is a 0.01% chance.