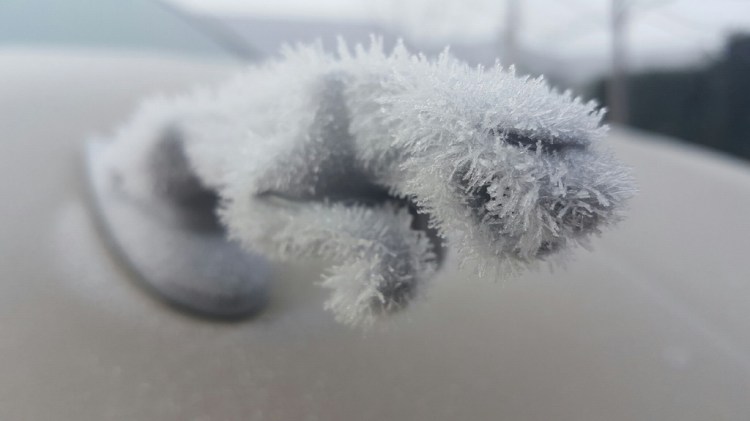 redditor detotal shared an amusing photo of the leaping cat ornament on the hood of his Jaguar, which had grown an oddly furry ice coat due to the cold winter weather in the area. The effect was caused by “hoarfrost” which, according to the Weather Channel, is a cold weather anomaly that needs exactly the right circumstances in order to present itself.

Generally speaking, you want a much more moist air mass in place. In late fall, winter or early spring, one or more days in a row of freezing fog (fog with air temperatures of 32 degrees or colder) is a perfect scenario. With more moisture in the air, the interlocking crystal patterns of frost become more intricate and much larger, building up to a greater depth on tree branches, signs, fences, anything. This is hoarfrost.