The Hubble Space Telescope has captured beautiful auroras active around Jupiter’s north pole. The auroras cover areas larger than Earth, and are fueled not only by solar winds but also by charged particles from the area surrounding Jupiter.

NASA scientists expect to learn more about Jupiter’s atmosphere now that the Juno mission has successfully completed an orbit insertion around the gas giant.

Not only are the auroras huge in size, they are also hundreds of times more energetic than auroras on Earth. And, unlike those on Earth, they never cease. While on Earth the most intense auroras are caused by solar storms — when charged particles rain down on the upper atmosphere, excite gases and cause them to glow red, green and purple — Jupiter has an additional source for its auroras.

The strong magnetic field of the gas giant grabs charged particles from its surroundings. This includes not only the charged particles within the solar wind but also the particles thrown into space by its orbiting moon Io, known for its numerous and large volcanoes. 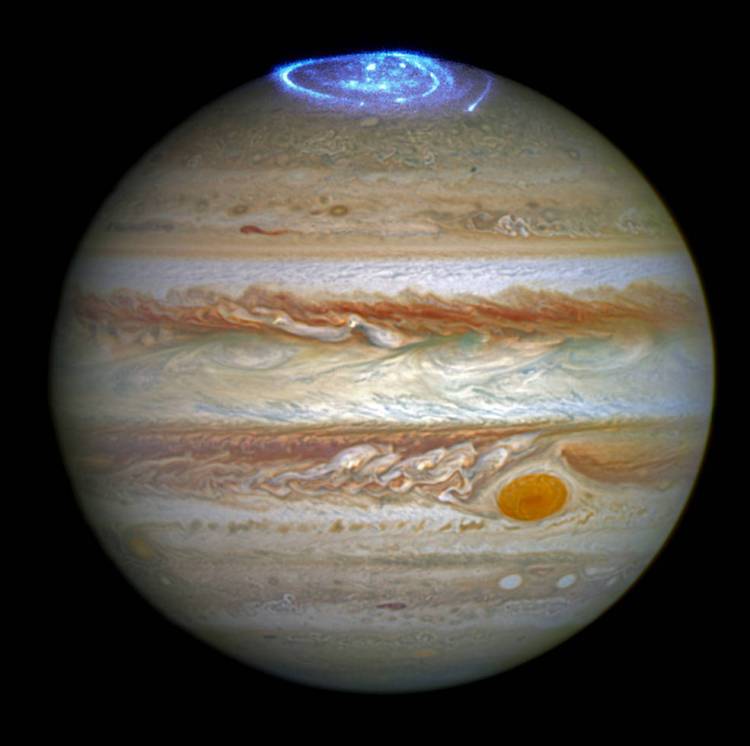 image via NASA, ESA, and J. Nichols (University of Leicester)