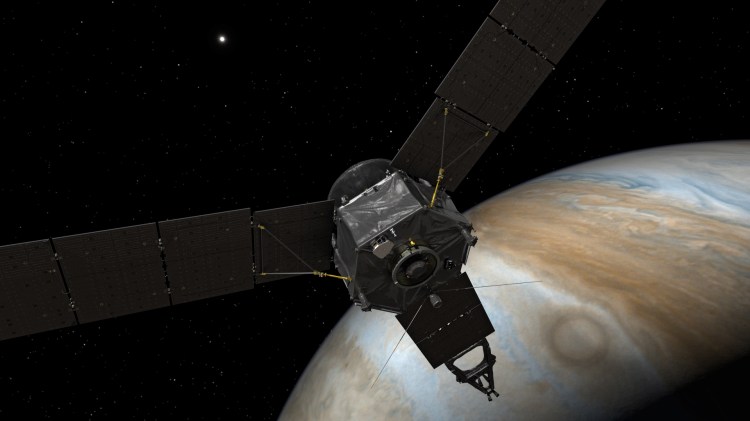 NASA’s Juno probe successfully completed an orbit insertion around Jupiter on July 4, 2016 after a nearly five-year journey beginning in August 2011. The probe will study the gas giant’s atmosphere and determine its temperature, composition, water content, and other properties. Juno will also carefully examine Jupiter’s magnetic fields, gravity, and magnetosphere.

One of the most dangerous challenges the Juno mission faces is the intense radiation around Jupiter, which is millions of times stronger than the background radiation on Earth. 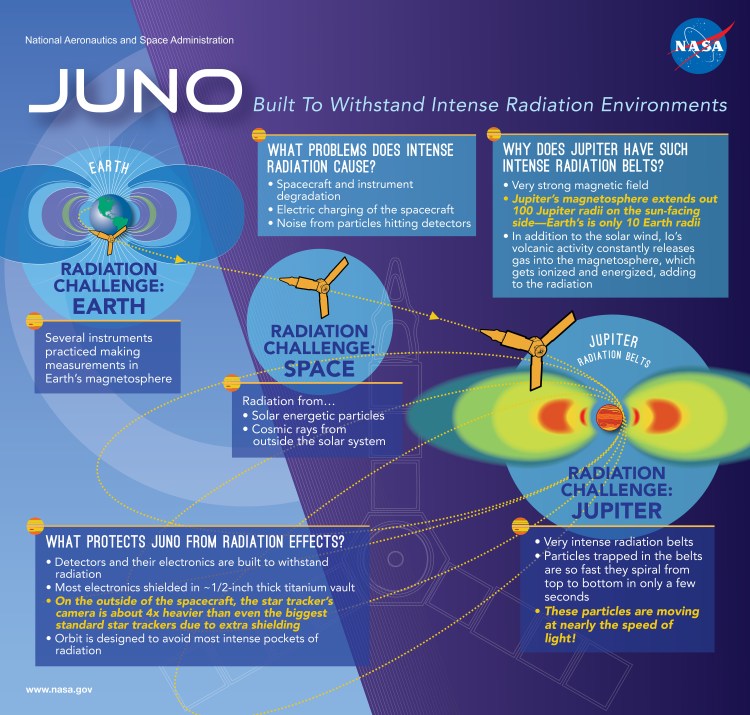