The Flaming Lips performed a rare live show at The Criterion Arena in Oklahoma City on October 14, 2020. While large gatherings are truly not advisable during this time of COVID, frontman Wayne Coyne and the rest of the band outfitted themselves in protective plastic bubbles, as did each member of the audience, thereby making it safe for all in attendance. Even while crowd surfing.

The band showcased their unique encasements in June 2020 on The Late Show With Stephen Colbert.

Leave it to our wild and wonderful friends The Flaming Lips to solve the riddle of the socially-distant concert! Watch as they once again bring cutting-edge innovation to their Late Show appearance, performing their 1999 fan favorite “Race For The Prize,”

They also wore the same “outfit” during an NPR Tiny Desk Concert in October 9, 2020.

Wayne Coyne has appeared inside a bubble for over a decade. At concerts, he’d roll over the tops of adoring fans, their outstretched hands keeping him aloft. That was novelty long ago; now it seems prescient. For this Tiny Desk (home) concert, Wayne and his bandmates are seemingly quarantined from one another, with the bubble-sharing green-haired drummers and keyboards pairing off, playing together yet apart.

The band created a special t-shirt memorializing the tour, which is available through their online store. 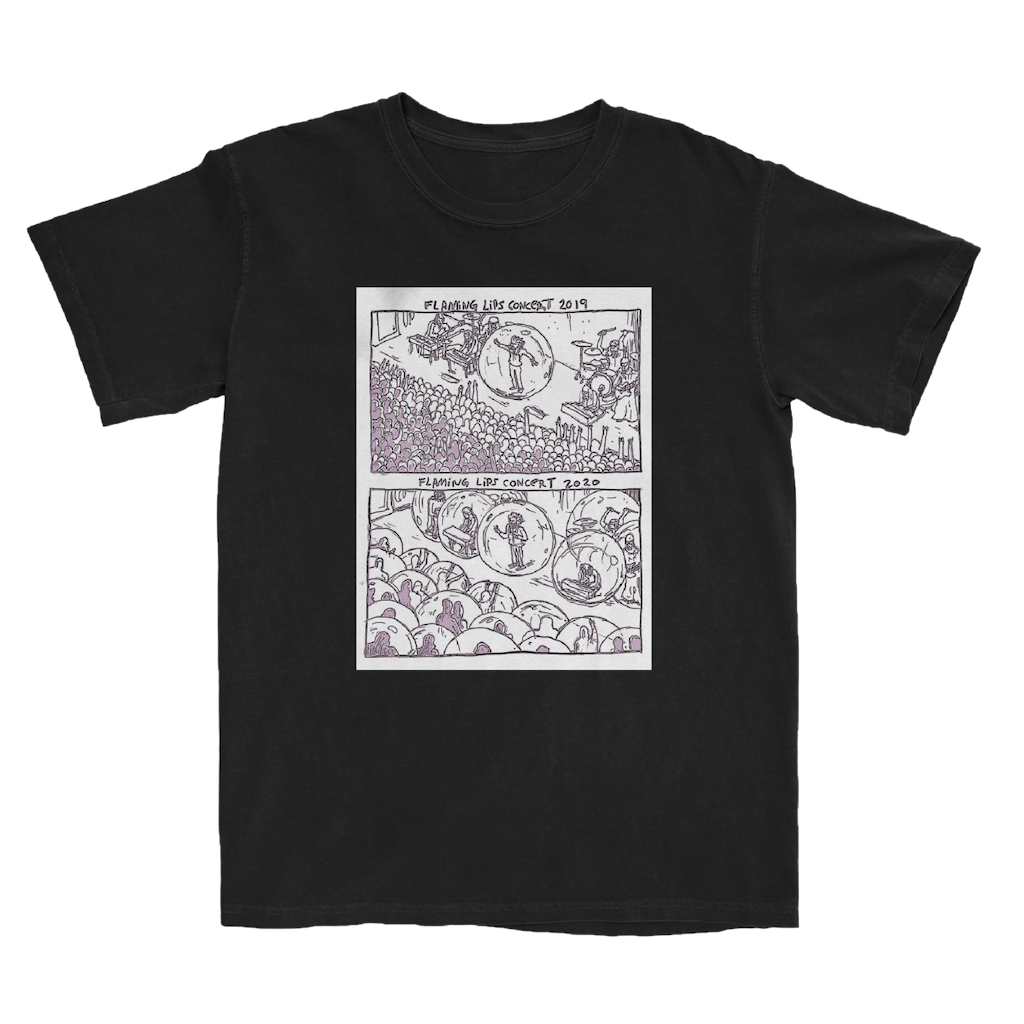