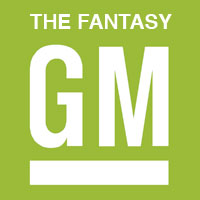 My brother Chip is the sports guy in the family. For the last 15 years he’s been running fantasy football and fantasy baseball leagues. He also had a long running cable access show on both baseball and football (he’s thinking about bringing them back). So last year, I helped convince him to start his own blog, to channel this passion and thus The Fantasy GM was born. Since then he as added two more contributors and together they write about football and baseball news, as well as give advice to people who are involved in fantasy football and baseball leagues. It’s really starting to take off. If you follow either sport, I highly recommend subscribing to his feed, especially for football, since now is the time to start building your team.

The Fantasy GM, Stick and The Scout have a combined 54 years of fantasy baseball and 50 years of fantasy football knowledge. We’ve started, joined and won just about any type of league in existence. In addition, we’ve done over 300 hours of live television dedicated to fantasy sports. Our favorite league will always be one we created in 1991 — a 9-team NFL rotisserie experience with 37-man rosters, including 171 individual defensive players. This site is written by three ultra-competitive friends who want to provide our readers with insightful advice and a humorous take on this great hobby. This desire just barely exceeds our need to triumph over each other in our own leagues.