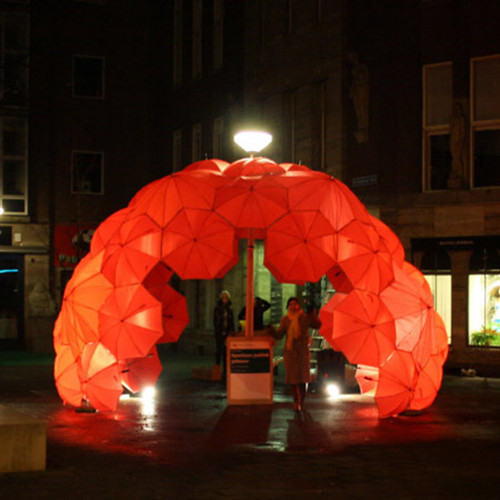 A beautiful piece of ephemeral architecture spontaneously appeared in a Rotterdam public square last month. Entitled “The Bucky Bar” (after the visionary inventor and geodesic dome pioneer Buckminster Fuller) the structure was assembled entirely from umbrellas, which participants had been invited to bring. 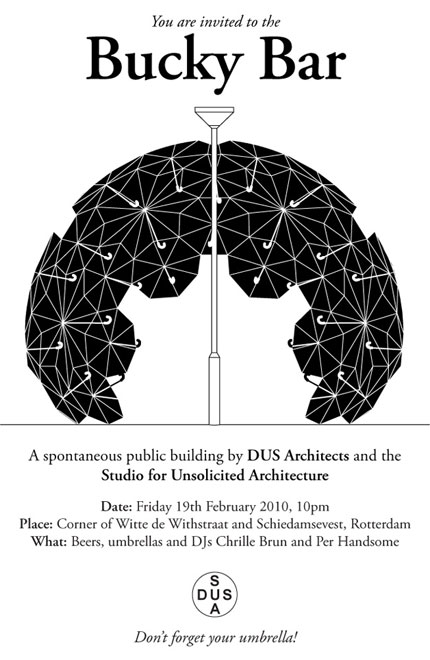 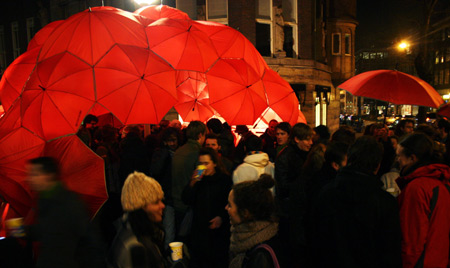 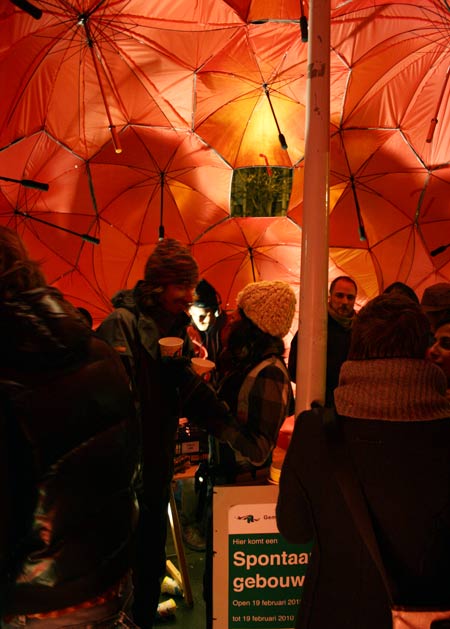 Last Friday evening Feb. 19th The Bucky Bar opened, a temporary public building designed by DUS Architects. The dome-bar, entirely made of umbrella’s, appeared seemingly suddenly out of nowhere on the street around a lamppost in the centre of Rotterdam. The fully equipped bar, complete with DJ and drinks, was directly built on site. Approximately 300 visitors danced under the umbrella roof, until at 2:00 AM the police ended the party, as there was no permit.

The event coincided with the opening of the Architecture of Consequence exhibition at the Netherlands Architecture Institute (NAI) and was part of a series of five “unsolicited positive advises for the city”: guerrilla architectural interventions staged by DUS and the Studio for Unsolicited Architecture (SUA), and intended to “combat the shrinking domain of architecture”. The SUA advocates direct architectural action in order to effect this change, and detail a number of strategies for such engagement on their website.

Unfortunately, SUA’s site is inexplicably Flash-based; another lovely utopian revolution derailed by a lack of deep-linking.

images and video via DUS Architects