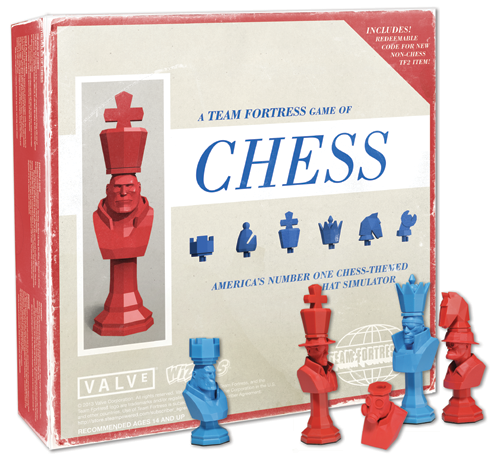 WizKids has created a chess set based on the video game Team Fortress 2. The Team Fortress 2 Chess Set pits the rival RED and BLU teams against one another, and features hats that can be swapped between pieces. It will be available to purchase online from ThinkGeek and the Valve Store by the end of the year, and comes with a unique in-game item, the Grandmaster Hat.

When the troops from Reliable Excavation & Demolition and Builders League United aren’t on the battlefield, they often unwind in the green room together. They sip sodas, eat cheese-flavored snacks, and play board games. But not just any board game. They play chess. Ah, chess – that classic game that simulates two sides on a battlefield. TWO SIDES AT WAR!!! The tables flip and the guns come out. It’s RED vs. BLU all over again in this Exclusive Team Fortress 2 Chess Set. 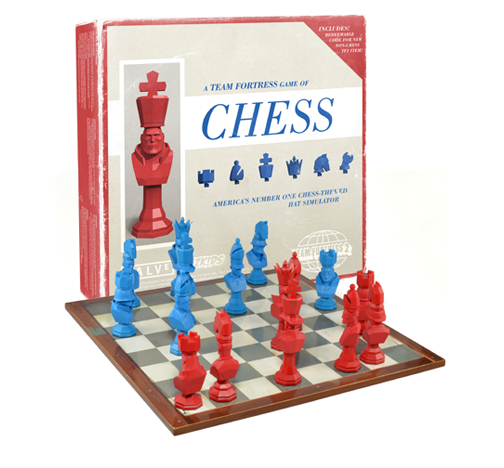 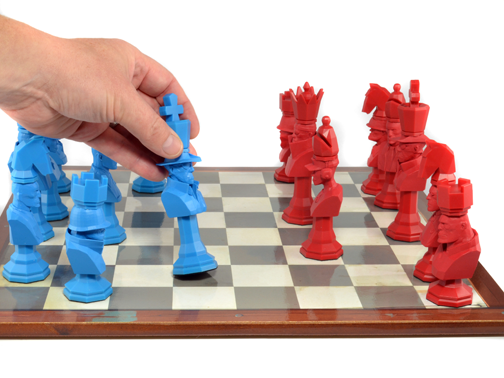 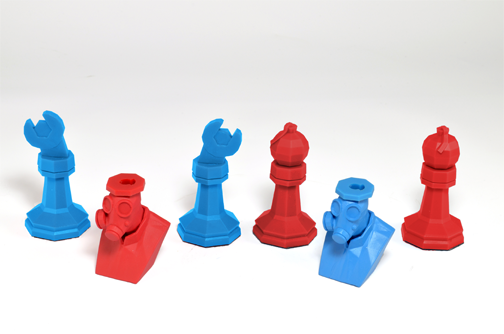