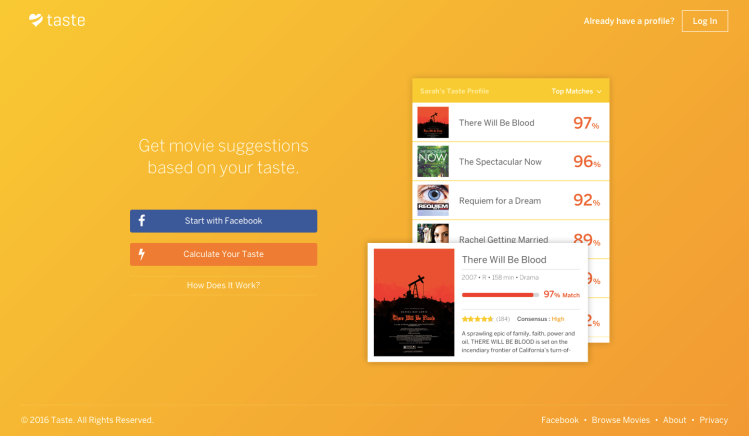 Taste is an online service that recommends movies to users based on their quick ratings of other films. Users are prompted to rate a film they have seen as Awful, Meh, Good, or Amazing, or skip the title if they haven’t seen it. The service then creates a list of films ranked by how closely each fits in with the user’s taste as determined by the system’s algorithm.

Ever met someone with a frighteningly similar taste? We discovered that this is often the best person to suggest something you might like. Your matches on Taste come from the collective souls of people who are oddly similar to you.

Taste says they set themselves apart from similar services because they have no “commercial bias.”