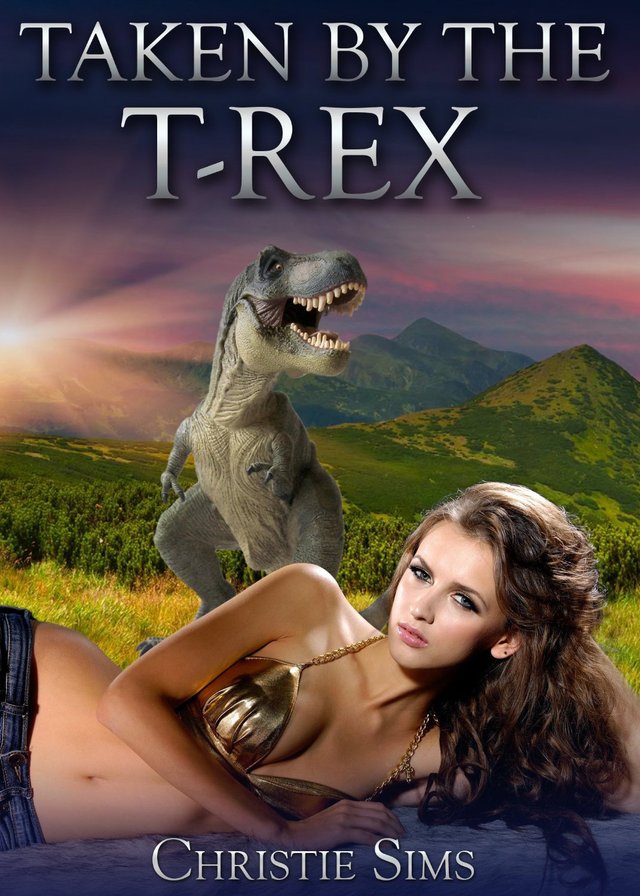 Taken by the T-Rex is a short dinosaur erotica story by author Christie Sims. Sims has written a slew of stories starring sexual dinosaurs including Ravished by the Triceratops, The Balaur’s Delight, Taken by the Pterodactyl, Mating with the Raptor, Taken at the Dinosaur Museum, and more.

This is the description of Taken by the T-Rex on Amazon:

Warning: This is a tale of beast sex. This story was written to unlock your darkest fantasies and innermost desires. It is not for the faint of heart and is not your mother’s erotica. All of the sexual descriptions found in this book are very explicit in nature. It’s not suitable for someone under 18 years of age. Read at your own risk.

Drin is her tribe’s chief huntress; she lives for the thrill of the hunt. Men and sex hold no allure for her, as Drin has never found a partner to satisfy her. When a T-Rex descends upon her village, destroying it, Drin demands that the tribe’s hunters go in search of the beast and slaughter it. Opting for safety instead of revenge, the tribe moves to a new location, hoping that the big beast won’t follow them.
It does.
Drin taunts the beast, giving her tribes mates time to flee. As she runs, leading it through a gauntlet of traps, the thrill of the hunt soars through her blood, leaving her wet with desire. When the angry T-Rex corners the huntress in a box canyon, it seems more interested in her wet womanhood than in her flesh.