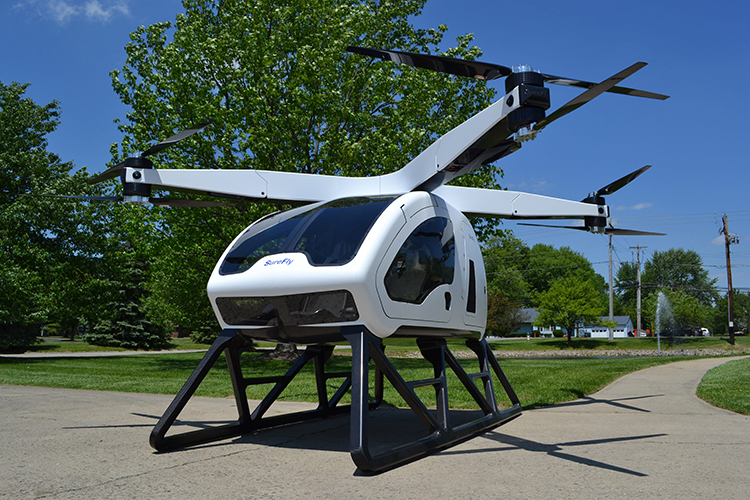 Loveland, Ohio company, Workhorse, has created a personal helicopter that runs on electricity and gasoline called the SureFly. The drone looking two seater comes equipped with eight counter-rotating motors on four arms, can fly at a range of 70 miles, and has a backup battery that gives you five extra minutes of flight for safe landing. The SureFly, which is scheduled to go into production in 2019, is currently available to pre-order on Workhorse’s website with a final price of around $200,000.

The time has come. After 78 years, the helicopter has been reinvented. SureFly is a personal helicopter/VTOL aircraft designed for safe and easy flight. With eight independent motors each driving a single carbon fiber propeller, a backup battery power system, and a ballistic parachute to safely land in the event of emergency, the SureFly provides unparalleled safety for a personal aircraft.

SureFly is changing the helicopter industry. Now is the time to discover the affordable, easy-to-pilot, safe answer to personal flight 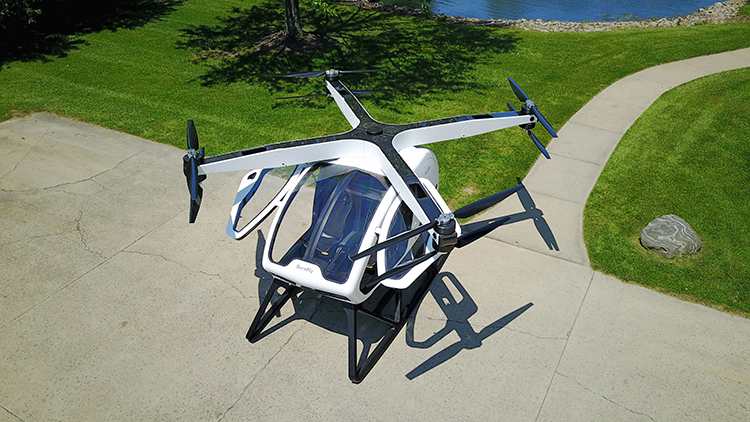 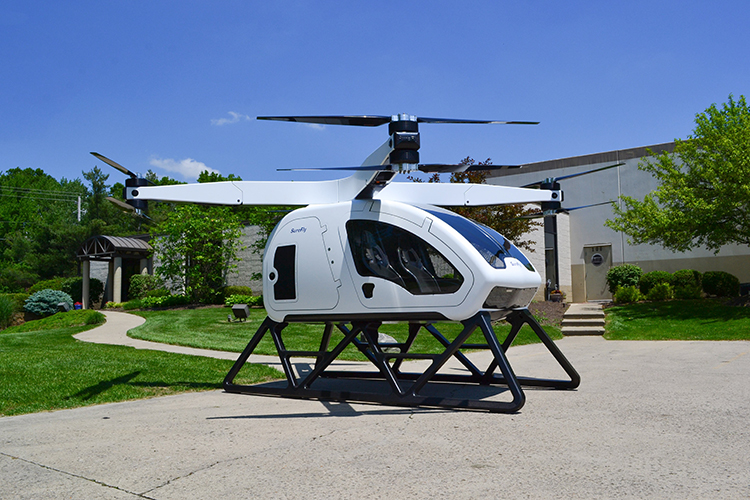 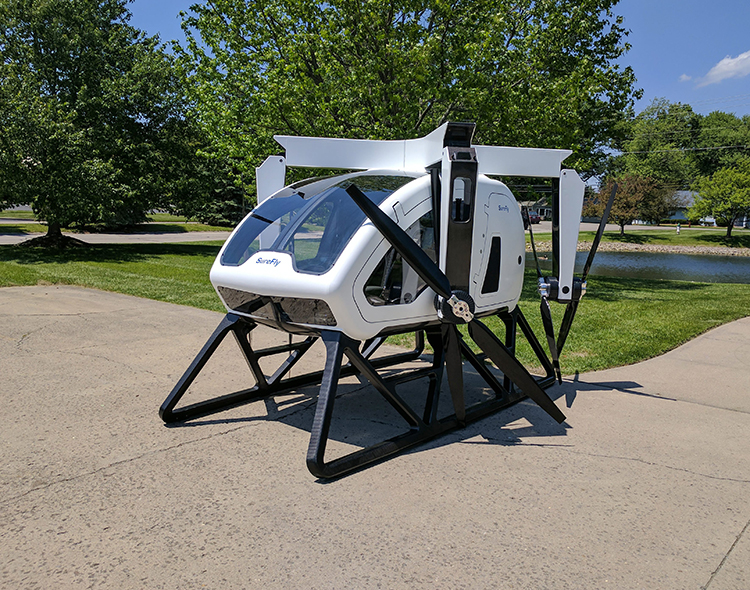 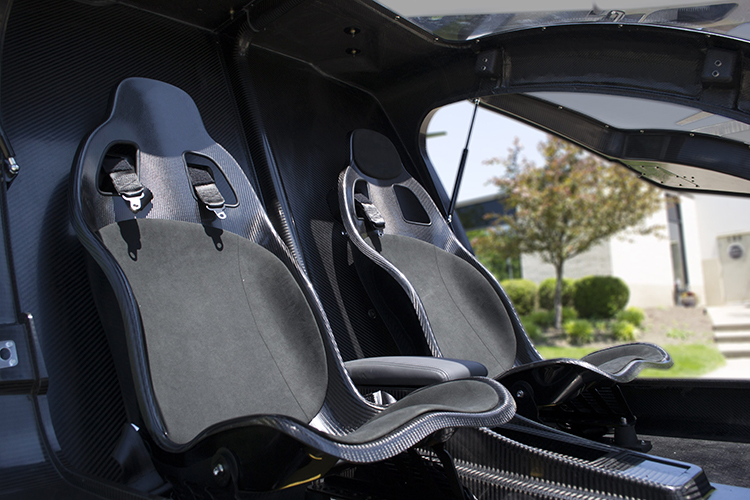