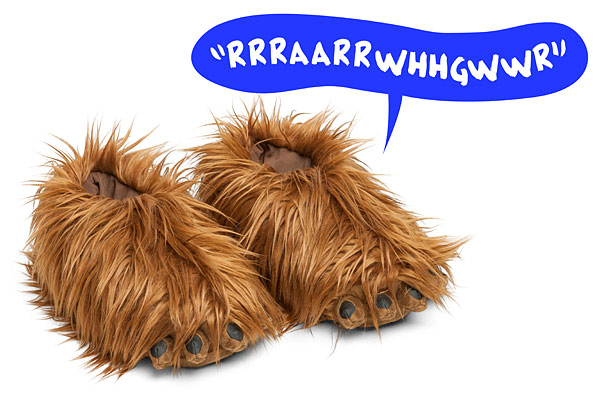 What was Han without Chewbacca, his faithful co-pilot and companion? Without Chewie how would he have gained his bad-boy smuggler image? His swagger? Without Chewie would Han have wandered aimlessly, lost in the galaxy? Probably! It is really one of the all-time, best-known, worthy-of-hyphens, sci-fi partnerships.

Warm your feet with these fuzzy Wookiee slippers, featuring the sound of Chewbacca (but not the smell). When you walk, these slippers alternate between two different Wookiee roars: RRRAARRWHHGWWR and WAAAAAAAAARGH. And for when you’re being a sneakiee Wookiee, there’s an on/off switch so you can silence them. 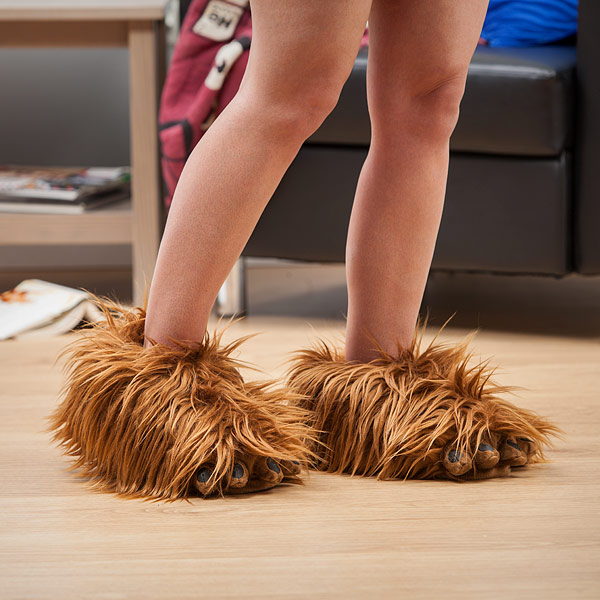 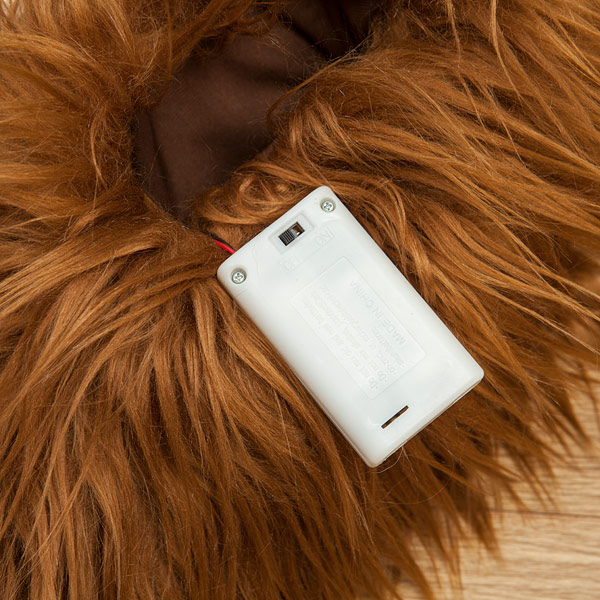