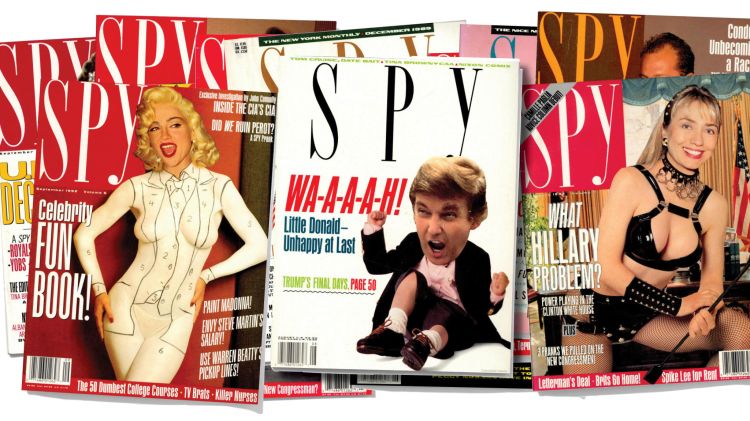 With the 2016 Presidential election looming large over the whole of the United States (and the world), Esquire made the timely decision to revive the iconically witty SPY Magazine as an online entity for the 30 excruciating days before November 8th. SPY co-founder Kurt Anderson noted in an Esquire blog post that this return, however temporary it might be, is a much needed voice amongst the surreal chaos.

I’m very pleased that Esquire has decided to produce an online pop-up SPY during the last thirty days of the presidential campaign. It has my whole-hearted best wishes. And it’s also a nice serendipity that this October will mark the magazine’s thirtieth anniversary. It’s as if SPY, a retired superhero, is making a brief but necessary comeback.