ScottDW posted this awesome video of he and his friends snow jumping through flaming Christmas trees. Much of the footage was captured using a Phantom Miro high speed digital camera which was operated by Mark Warner.

This video was shot at varying frame rates between 24 – 1,000 fps. No twixtor or special effects were used. 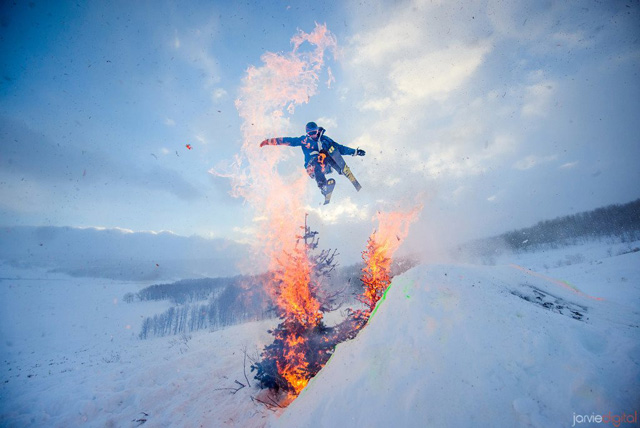