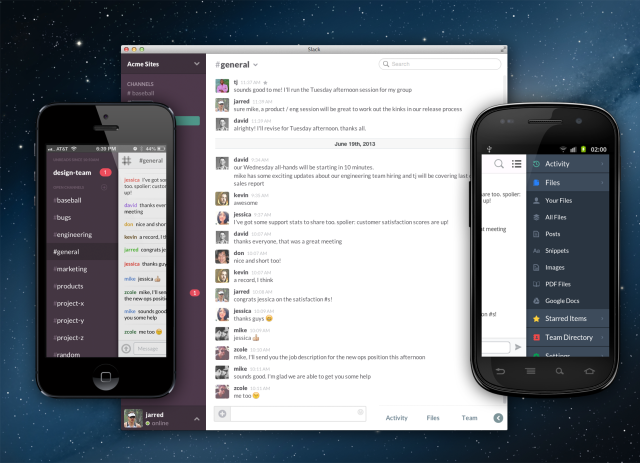 Created by Flickr co-founder Stewart Butterfield and his team at Tiny Speck, Slack is a team communication platform that functions by providing a single, distinct place for business teams to converse online rather than force the conversation to exist across a dozen different applications such as Twitter, Dropbox, Asana, and many more.

Slack exited beta today after six months and some change, and includes a freemium pay model where the core functionality — archiving, native iOS and Android apps, external integrations — are available in a limited capacity for no charge. Users can sign up for a higher tiers of service based on a per user per month price which increase the capacity all the way up to unlimited for some aspects.