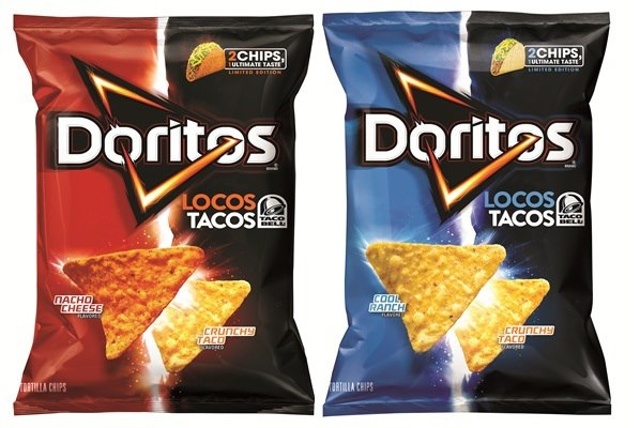 Doritos has announced that Doritos Locos Tacos tortilla chips, based on Taco Bell tacos of the same name (which use refashioned Doritos chips as shells), will soon be released in two flavors: nacho cheese and cool ranch. It’s not surprising that both brands, Doritos and Taco Bell, are owned by parent company PepsiCo. These super meta chips will be available on April 8, 2013. 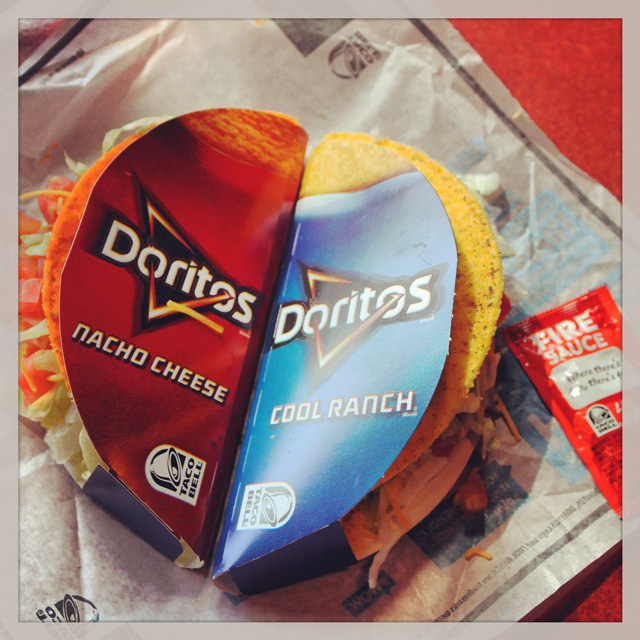