Scuba diver and marine researcher Mauricio Hoyos Padilla is seen leaving a protective shark cage and high-fiving a massive great white shark off Guadalupe Island, Mexico in an incredible video posted to his Facebook page. The shark, known as Deep Blue, was the subject of a Discovery Shark Week feature and is considered to be one of the largest ever filmed. 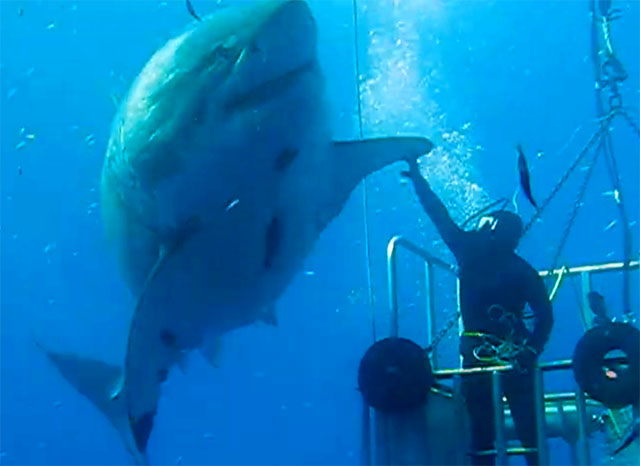