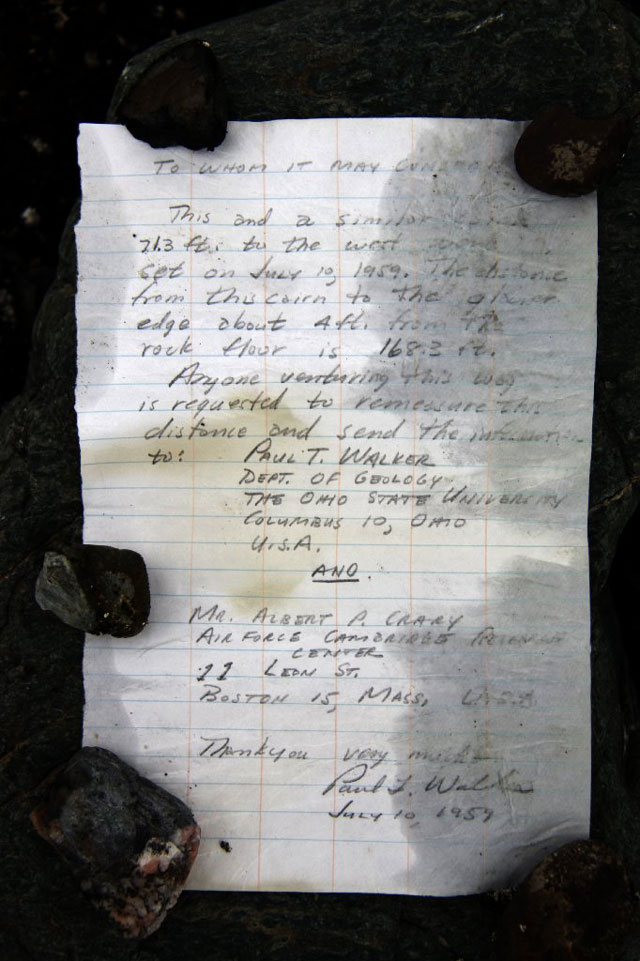 Scientists studying a glacier in Northern Canada this summer stumbled across a message in a bottle that had been left near the glacier back in 1959. Written by a young geologist named Paul Walker, the message asked the reader to measure the distance between the bottle’s location and the nearby glacier, and send that information to Walker and his colleague Albert P. Crary. Unfortunately neither Crary nor Walker lived long enough to hear back—Walker became ill and died shortly after writing the note, and Crary died in 1987 after a long career as a polar geophysicist and glaciologist. However, the scientists who found the message measured the distance: It was found 333 feet from the glacier. In 1959, it was just 4 feet away—the difference is due to the shrinkage of the glacier over the years.

photo via The Chronicle Herald