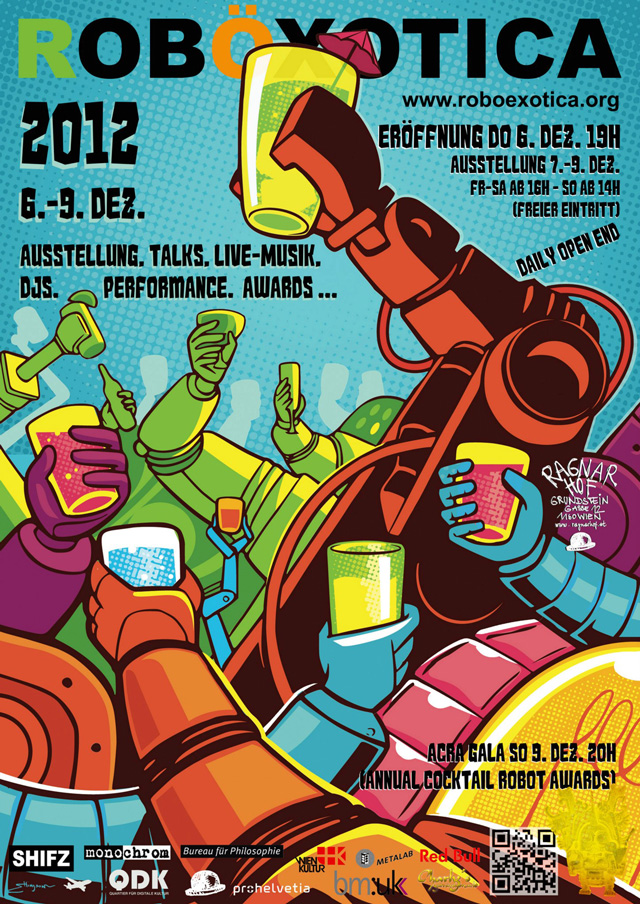 The 2012 Roboexotica, a festival for cocktail robots, takes place December 6 to 9, 2012 at the Ragnarhof art space in Vienna. Roboexotica is presented by Monochrom, SHIFZ, and Bureau of Philosophy. Last year, Laughing Squid guest blogger Josh Ellingson was on hand to snap some photos of Roboexotica 2011.

Until what seems almost recently, no attempts had been made to publicly discuss the role of Cocktail Robotics as an index for the integration of technological innovations into the human Lebenswelt, or to document the increasing occurrence of radical hedonism in man-machine communication. Roboexotica is an attempt to fill this vacuum. It is the first and, inevitably, the leading festival concerned with cocktail robotics world-wide. A micro mechanical change of paradigm in the age of borderless capital. Alan Turing would doubtless test this out.