A clip from Boy and Bicycle (1965) the 25-minute black and white film that marked the debut of director Ridley Scott (Blade Runner, Gladiator). Made for £65 with a borrowed 16mm camera, it starred his younger brother Tony Scott who also became a major Hollywood director. The entire film is viewable online at the Arts Council England‘s site The Space.

On Sunday night the world learned the sad news that Tony Scott had committed suicide. Scott studied to be a painter before joining his brother Ridley’s successful production company. After establishing himself directing commercials Tony’s breakthrough was the 1983 vampire thriller The Hunger starring David Bowie and Catherine Deneuve. That led to directing the blockbuster Top Gun which made Tom Cruise a star and propelled Tony to the top echelon of the movie business.

In all Tony Scott made 16 feature films, most recently Unstoppable (2010) and was active in recent years directing commercials and producing for film and television. 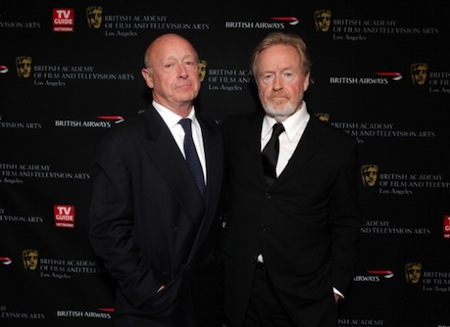 Here’s more on Boy and Bicycle:

Opening in Scott’s own teenage bedroom, Boy and Bicycle begins with the camera representing the point of view of the boy (played by Scott’s younger brother Tony, who would also become a film-maker) as he wakes up and looks around his room, thinking about the day ahead. The film then follows the boy as he decides instead to play truant and visits various locations around the seaside town on his bicycle. All the while we listen to his thoughts in a stream of consciousness voice-over that Scott has said was partly inspired by reading James Joyce’s Ulysses (1922).

An interesting footnote to the making of the film is how Ridley was able to use music composed by iconic film composer John Barry for his very first film. From the YouTube page for this clip:

He had shot the film silently on 16mm when still a student at the Royal College of Art, and three years later he managed to raise funds from the BFI to assemble a soundtrack. He approached Barry for permission to use a recording named ‘Onward Christian Spacemen’, which proved to be unaffordable – but Barry was so impressed by Scott’s work that he recorded a new version especially for the film. 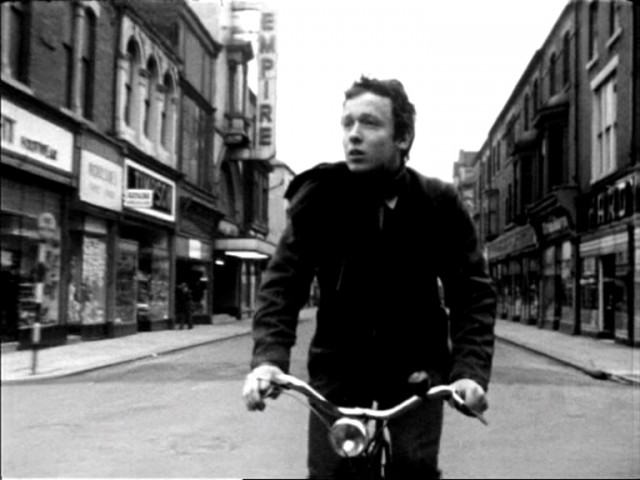 Still taken from the film Boy and Bicycle

Boy and Bicycle is also included in the compilation Cinema16: British Short Films.