The rather tenacious Mike Boyd, who is on a mission to teach himself new things at all times, took on the challenge of riding a penny-parthing, a tall bicycle with a large front wheel that was common in the Victorian era throughout Europe and the Americas. The name comes from how the bicycle looked, a penny was larger than a farthing at the time, so the bicycle appeared as if it were a penny leading a farthing from the side.

Mounting the bicycle proved a bit difficult at first, but Boyd got there. Once he began riding, he realized how high he was from the ground.

so the height is terrifying. I’m going too slow but it’s actually quite easy to mount to the penny-farthing. Pedal turning however needed more work… maneuverability is not great.

The next day proved a bit easier.

What I would say is the ride position is remarkably comfortable. Your back is so upright. This is better posture than I have at my desk. after just 30 minutes with the penny-farthing, I was able to maneuver quite happily and even gather some decent speed.

With that accomplished, Boyd dressed up in his Victorian finest and went for a ride on a sunny day. 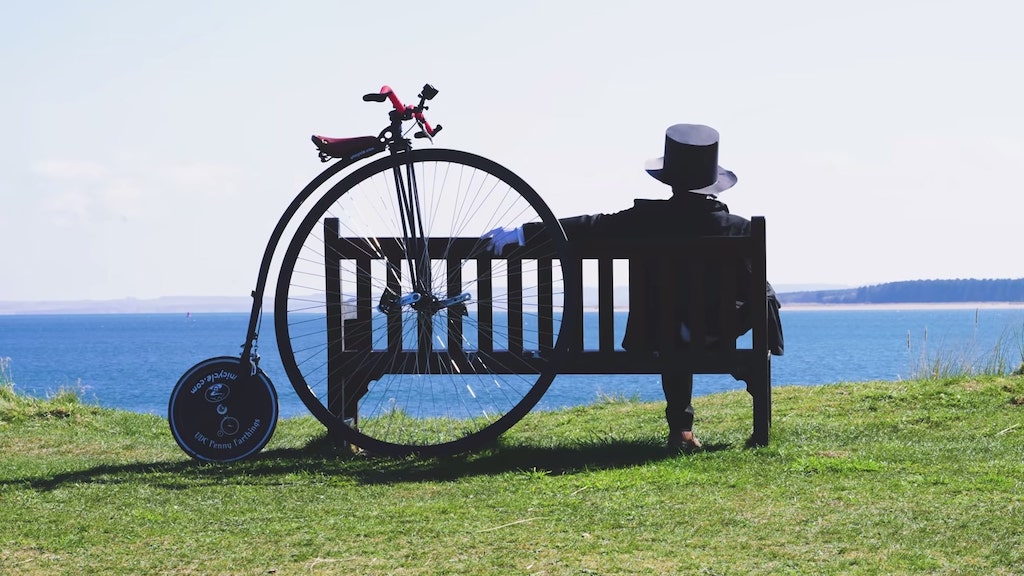