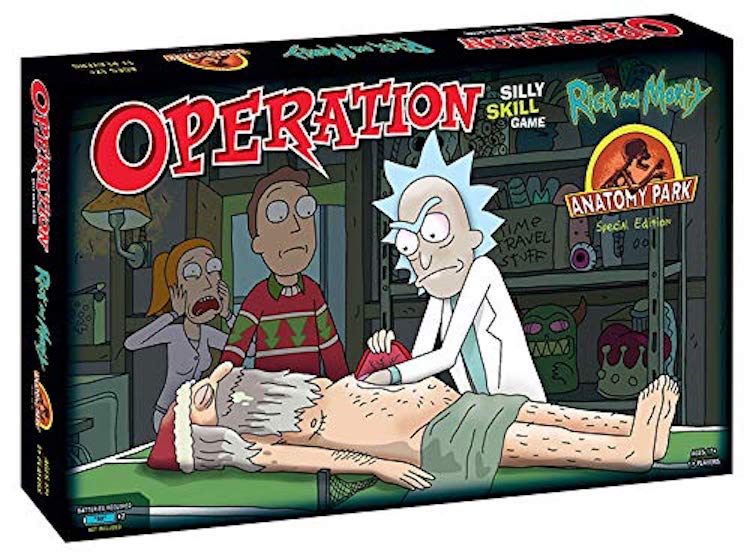 USAopoly (previously) has released the rather meta board game Operation: Rick and Morty Anatomy Park Special Edition based upon an episode of the animated series of the same name. In both cases, Rick Sanchez and his grandson Morty try to save a hapless homeless man named Ruben, however, the difference lies in how Ruben is saved. In the episode, Ruben is saved from within and in the game, he is saved from without.

In addition to that, Cryptozoic Entertainment released a Rick and Morty Anatomy Park Game, a strategic tile-based game that, like the episode, takes place inside Ruben’s body.

Welcome to Anatomy Park! Based on the popular episode of Rick and Morty, this hilarious, competitive tile-placing strategy game takes place within the body of Ruben, the homeless department store Santa!

Here’s the clip from the series during which Ruben was introduced.