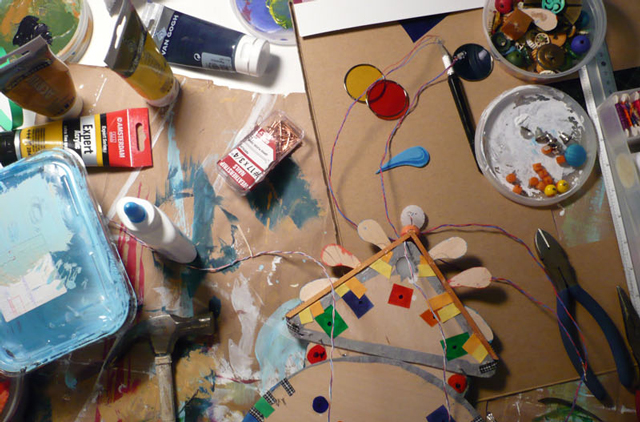 I made this video at a frenetic pace in order to make the deadline, and this required that I completely trash my Brooklyn apartment. Luckily, my roommate Paul was in Korea during most of production, so they only people who got to see the disgusting state of my apartment were the few kind souls who answered my plead for help. 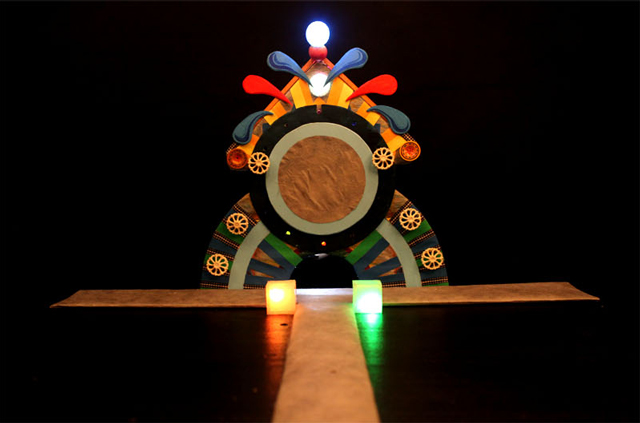 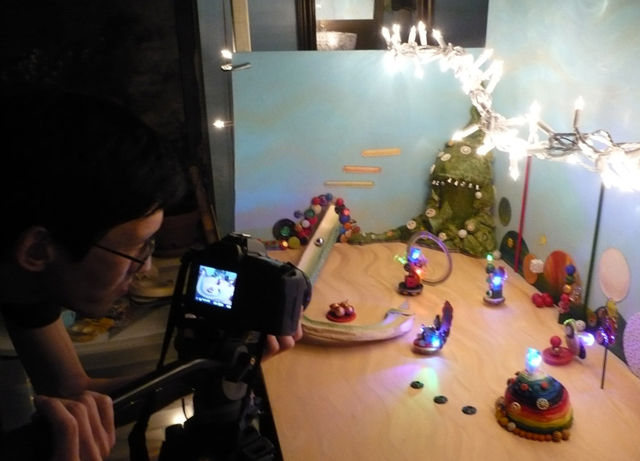 Paul Shin sets up a shot.

Here we tested the LEDs and got the framing right. We shot JPEGs on a Canon 5D.

The Christmas lights were plugged into a dimmer so I could fade the ambient lights down and create drama when a bell was hit by the pinball. 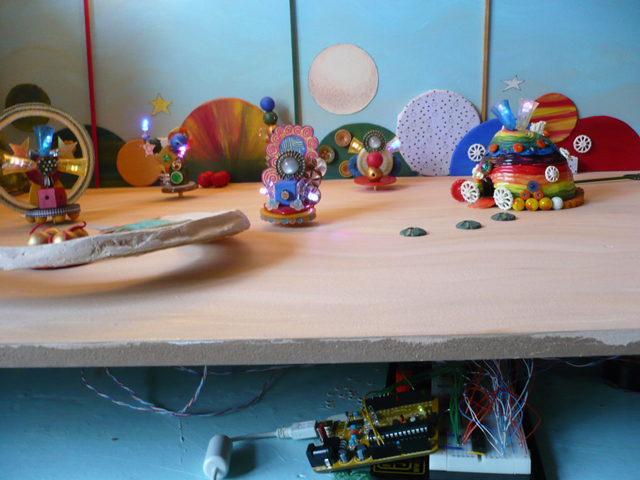 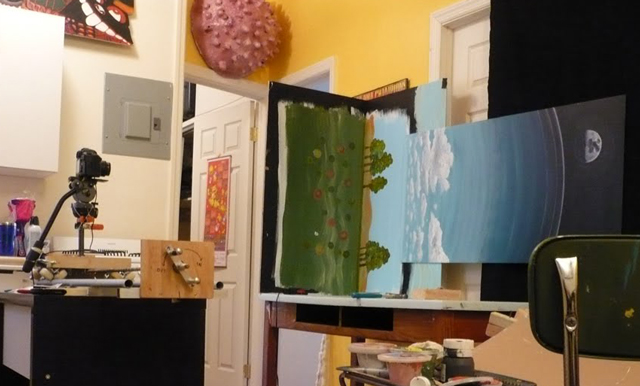 Here you see the set up for the rocket takeoff / atmospheric entry shot. That is my roommate’s door sealed off behind that sky painting! I shot it sideways because it was hard to mount that track vertically. The track used a hand crank and skateboard wheels screwed onto a wooden platform.

Animator and director Abbey Luck created an updated remake the classic Sesame Street counting animation, Pinball Number 12, using stop-motion animation and lots of handmade props as an homage to the original. Using a Canon 5D DSLR, this remake was shot frame-by-frame in Luck’s Brooklyn apartment and was submitted to the Aniboom Awards 4 Sesame Street in the Pinball Number 12 remake category where the original’s animator, Jeffrey Hale, was a judge.

Abbey documented the process of creating the video in her blog, from how the led lights were set up to trashing her apartment for the sake of art to giving credit where credit was due.