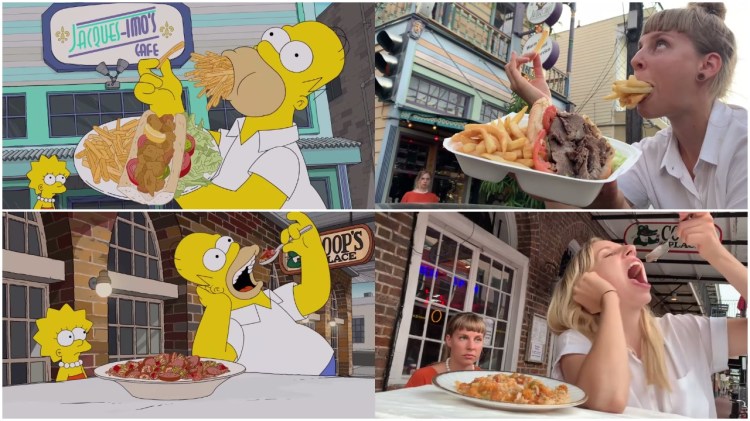 Katrin von Niederhäusern and her friend Janine, both of whom are devoted fans of The Simpsons, left their Swiss home to visit New Orleans in order to seamlessly recreate the very culinary-heavy montage from “Homer Eats His Way Through New Orleans”, the 17th episode of the series 29th season in 2018.

The women hilariously covered each aspect of the scene, with one doing the eating and the other playing the different characters within the scene.

Two Swiss girls love the Simpsons as much as they love New Orleans. So of course they needed to recreate this sequence!

Food and Wine put together a handy list of every food item and restaurant named.

Here’s the original version of the scene from the series.