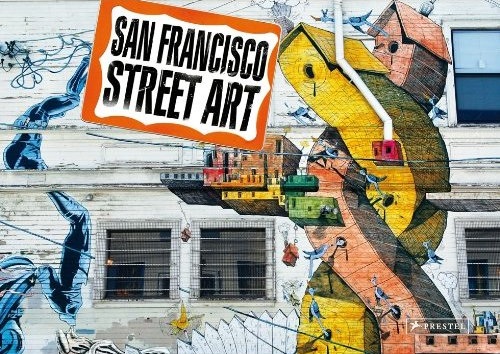 A few weeks ago, photographer Steve Rotman released San Francisco Street Art,  bringing to life The Bay Area’s vibrant underground art world. Rotman has been working obsessively for almost five years on this latest project, which takes you on an oft not seen side of San Francisco’s back alleys, “chill spots”, and grimier neighborhood walls and sidewalks. The official book-release is Monday, May 11th at Books Inc. Opera Plaza on Van Ness Street in San Francisco, where several of the featured artists will be available to talk about their work.

I recently sat down with Steve and talked about his new book, and the politics of San Francisco graffiti…

Troy Holden: San Francisco City officials claim graffiti complaints are way up this year. They claim The City is overwhelmed with graffiti removal requests from private citizens and business owners. Is there really more graffiti now than there was five years ago?

Steve: No, not even close! In fact, San Francisco’s never been more graffiti-free, thanks to several years of aggressive buffing. Just a few years ago, graffiti was ubiquitous: there were big colorful rooftop pieces in almost every neighborhood, parking lots were layered with years of history, business roll-down gates featured a steady rotation of throw-ups, there were doors crushed with tags citywide, and several Muni tunnels were painted end to end. Almost none of that exists anymore. The amount of graffiti today is exponentially less. It raises an obvious question: what’s all the fuss about?

Troy Holden: To address these concerns, City Officials recently held an Anti-Graffiti “Super Huddle” with the lofty goal of eliminating all graffiti in The City once and for all. Is that realistic? If these proposed enforcement/abatement efforts take effect, will there be anything left for you to photograph?

Steve: Gosh, let’s hope so, otherwise I’ll have to find a new hobby! No, seriously, the idea of “Zero Graffiti” is just silly. Graffiti has been a vital part of San Francisco for more than three decades. Even with the aggressive buffing over the last few years, there’s still plenty of good graffiti here and I expect there will be for a long time to come. 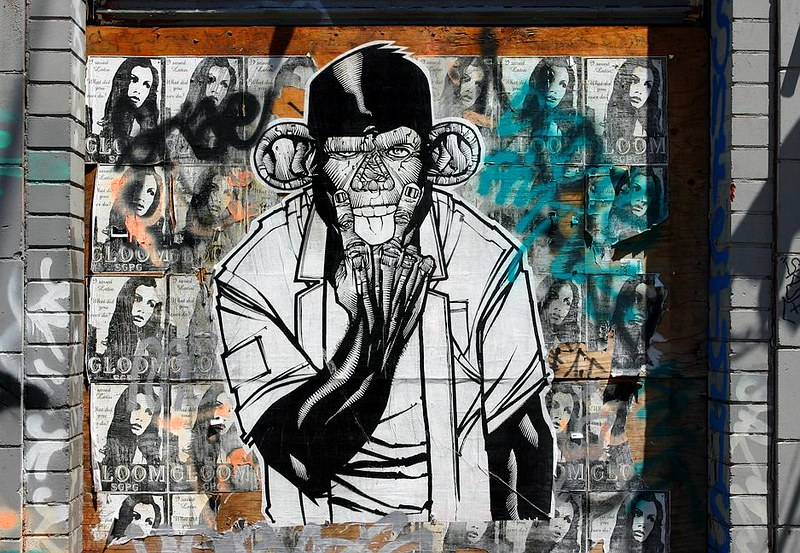 “Disobey” as shot by Steve Rotman

Troy Holden: City officials say all we need to know about graffiti is that it’s illegal and it’s vandalism. What do you think?

Steve: That’s simplistic. Graffiti is obviously much more than criminal. It’s a worldwide renegade art culture that’s been around for decades. Graffiti is routinely exhibited in museums and art galleries all over the world. Bookstores feature shelves full of graffiti and street art collections. Graffiti festivals are commonplace. Graffiti-inspired designs infuse popular culture. Why? Because people enjoy it!

Troy Holden: City authorities insist a lot of graffiti is created by gangbangers and thugs. You’ve spent a lot of time around graffiti and graffiti artists. What do you think of this nonsense?

Steve: Look, I’ve heard this propaganda about graffiti and gangs for a long time. It’s comical. It’s basically a way to scare the public and vilify graffiti. I’ve come to know the local graffiti culture very well. I’ve yet to meet a single graffiti writer who strikes me as gang affiliated. Graffiti writers love graffiti and art. They’re into creating art on the streets. Their passion is graffiti, not gangbanging. 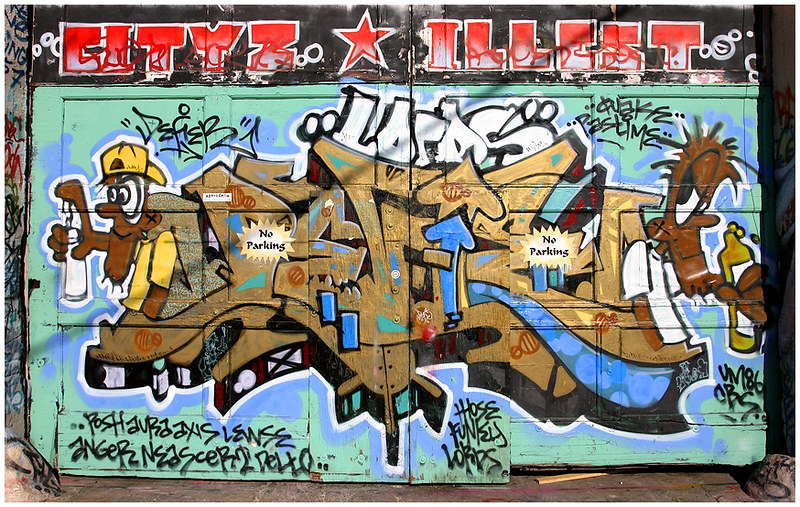 “Defie” as shot by Steve Rotman

Steve: That’s a great question. It’s easy to get the two confused because both categories are usually illegal. I see them as two different varieties of urban expression. Graffiti is about stylistically and competitively “getting up”– writing a name over and over, usually with spray paint or markers. It mainly involves creation of stylized letter forms through tags, throw-ups, and pieces. Street art is more about creating a message or imagery through stencils, stickers, wheat-pastes or murals. For outsiders, graffiti tends to look more alien because the letters can be tough to read. Street art is more accessible. That said, there’s definitely some crossover between the two.

Troy Holden: Some people see tagging as “scrawls and scribbles.” You also shoot photos of tags. Why?

Steve: I like tags. I’ve learned that they’re a key element of graffiti and I appreciate tagging as a form of urban calligraphy. Well crafted tags reflect individual style. To create a really impressive tag requires great skill and technique. 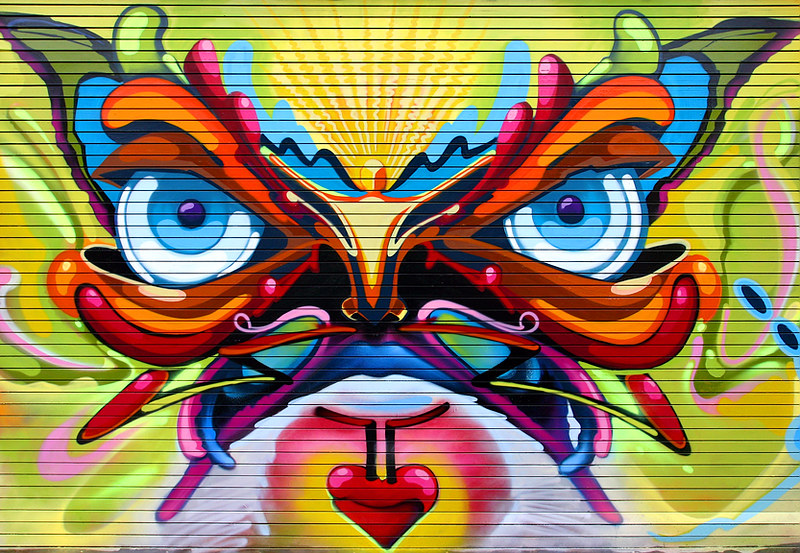 “Pose 2” as shot by Steve Rotman

Troy Holden: What are some good locations to get a taste of the urban art you’ve been documenting in San Francisco?

Steve: Just for starters, I’d suggest Clarion Alley between Valencia and Mission streets. Also in the Mission, Lilac Alley between 24th and 26th streets. In the Soma district, Bluxome Alley at roughly 430 Townsend street. And in the Upper Haight, check out the Amoeba Records parking lot.

Troy Holden: Word up, thanks Steve.