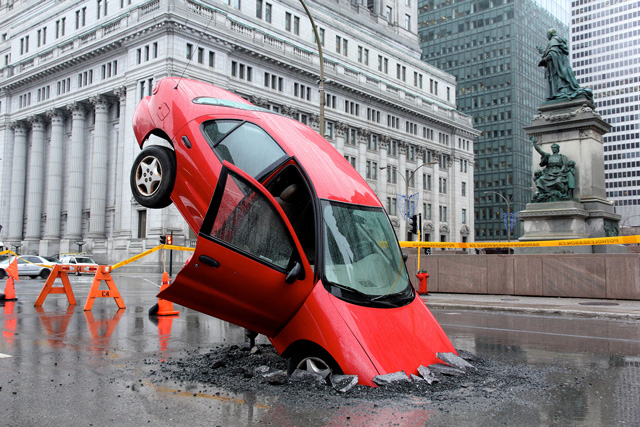 Pothole Season is a Canada-based site and a free iPhone app that alerts drivers of upcoming potholes in the road. It also allows users to record potholes and map them on Google Street View. The makers of the site and app, advertising agency TAXI Canada Ltd., also created a striking ad for Pothole Season showing a red car meeting its doom in a rather large pothole.

It’s open season on potholes! We’ll notify the city of the potholes you report and give you directions to avoid as many as possible before you hit the road. While you’re driving we’ll alert you to any approaching potholes and automatically record the ones you hit. You can report the potholes recorded on your trip once you arrive at your destination. 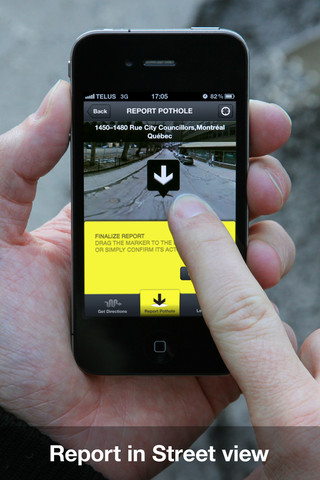 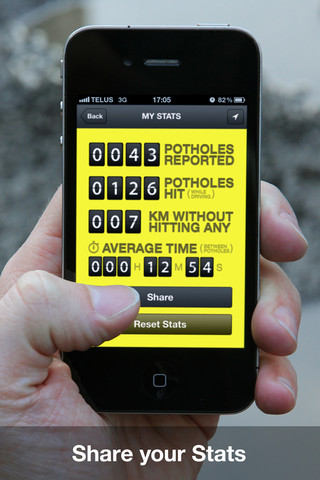 It also appears to work outside of Canada: 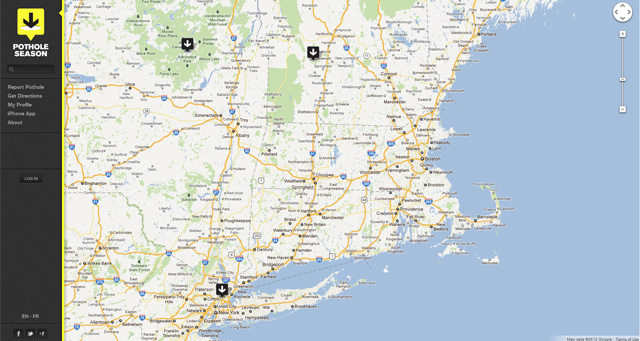 images via Ads of the World and Pothole Season