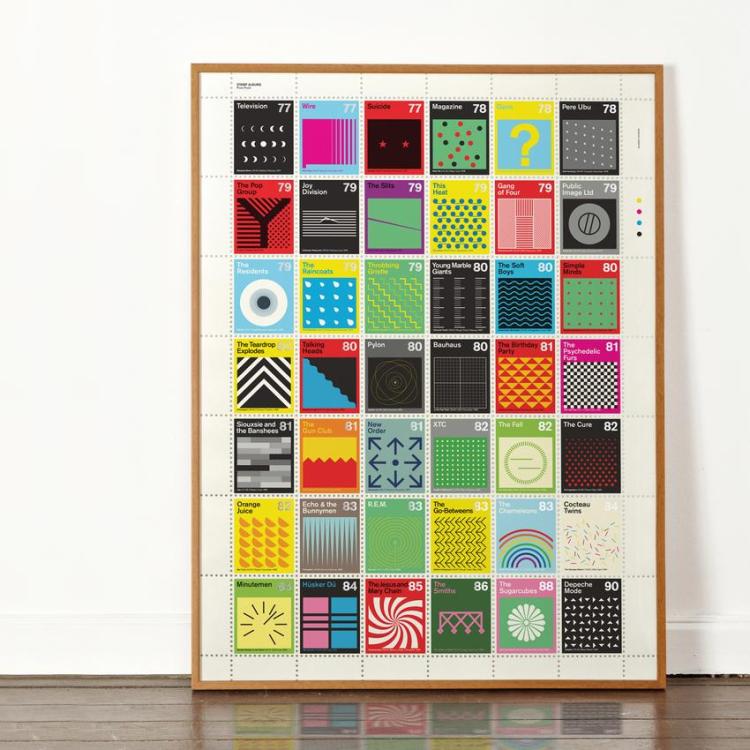 The Dorothy Collective has released “Stamp Albums“, two beautiful lithographs that reimagine the most seminal albums of the post-punk and post-rock eras as colorful postage stamps. Included on the post-punk version of the print are such bands as DEVO, Joy Division, Talking Heads, The Cure, The Smiths and Depeche Mode. Included on the post-rock version are such bands as Stereolab, Talk Talk, Radiohead, The Antidotes and Mogwai. Both prints are available for purchase through the Dorothy Collective website. 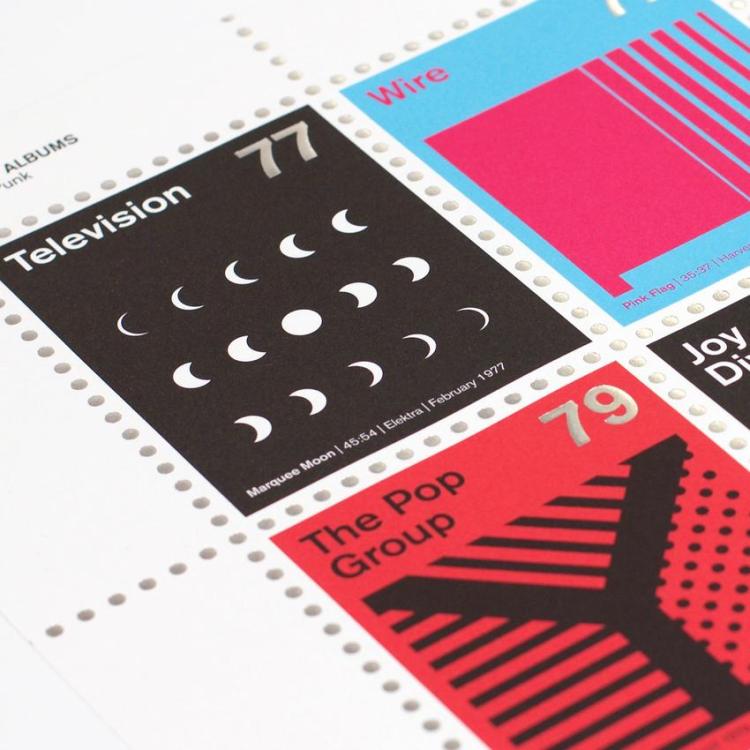 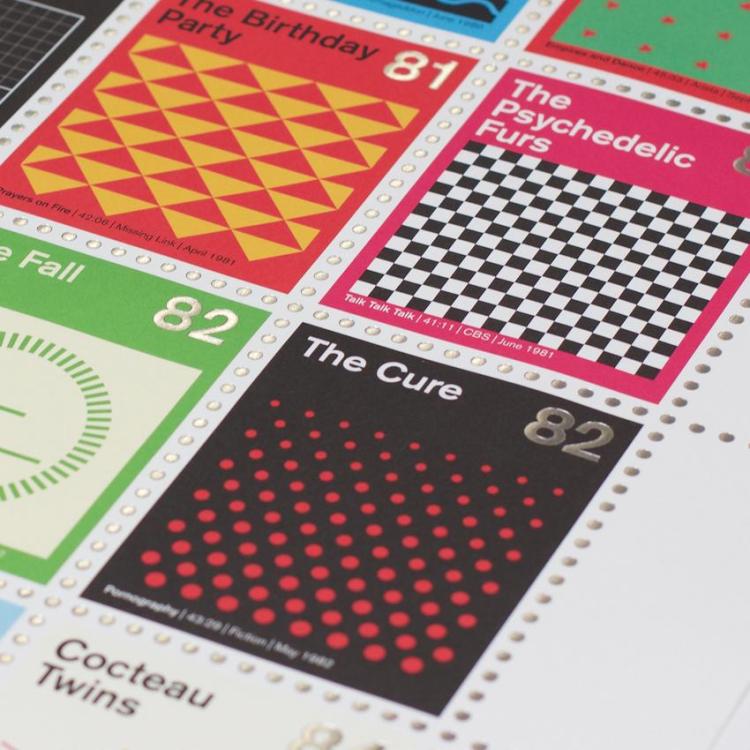 A new print celebrating our 40 year-long love affair with post-punk bands. We’ve reimagined 48 seminal post-punk albums … and post-rock albums… as a series of postage stamps beginning in 1977 with Television’s massively influential album Marquee Moon …and with Talk Talk’s 1988 album Spirit of Eden which has been hailed by many (and hated by a few) as the beginning of post-rock. …Each stamp features a graphic inspired by the album (or tracks on the album), the date of release, the label it was released on and its running time. 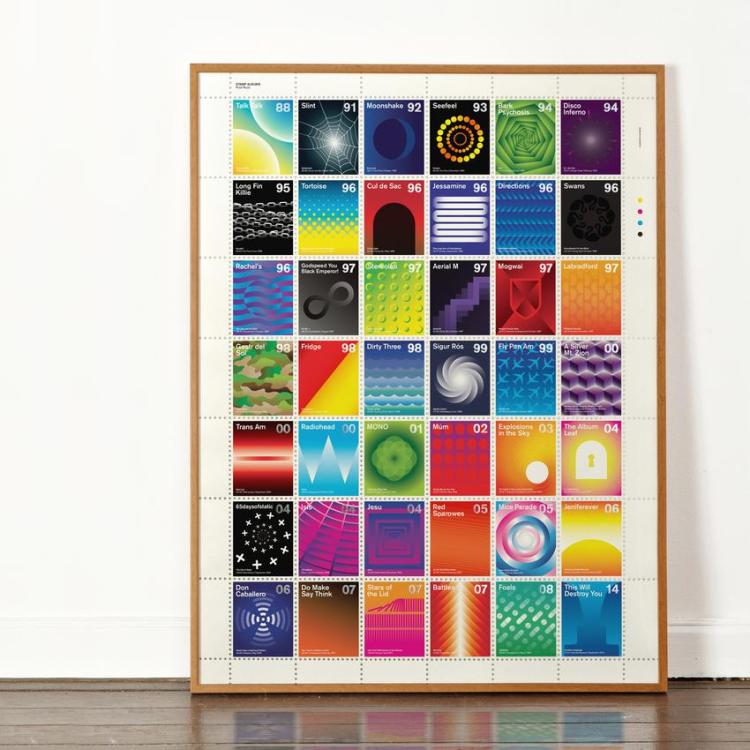 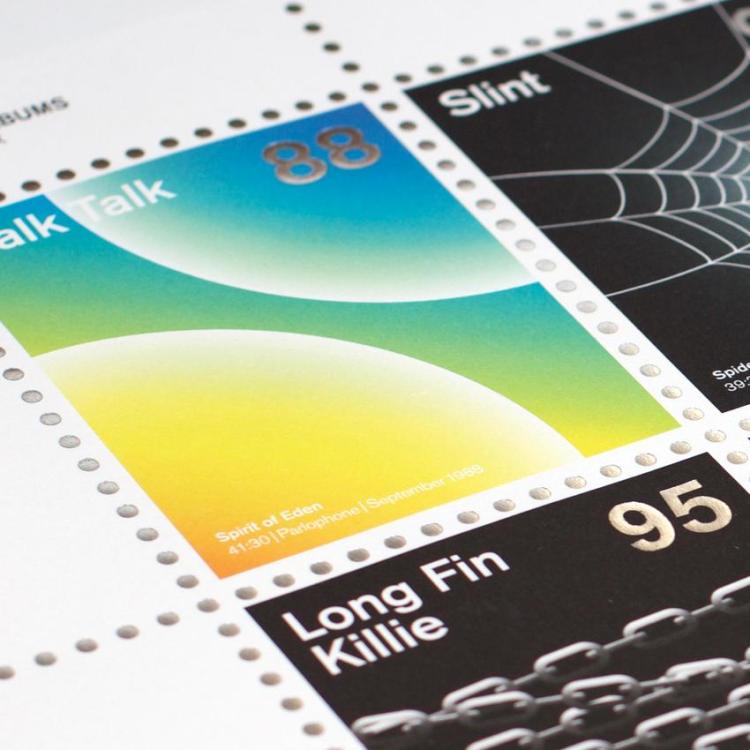 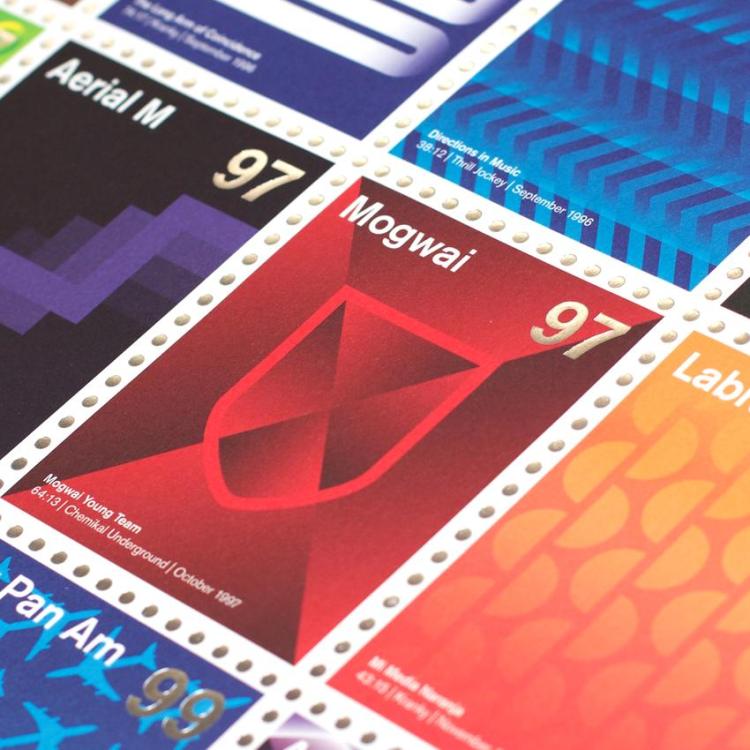 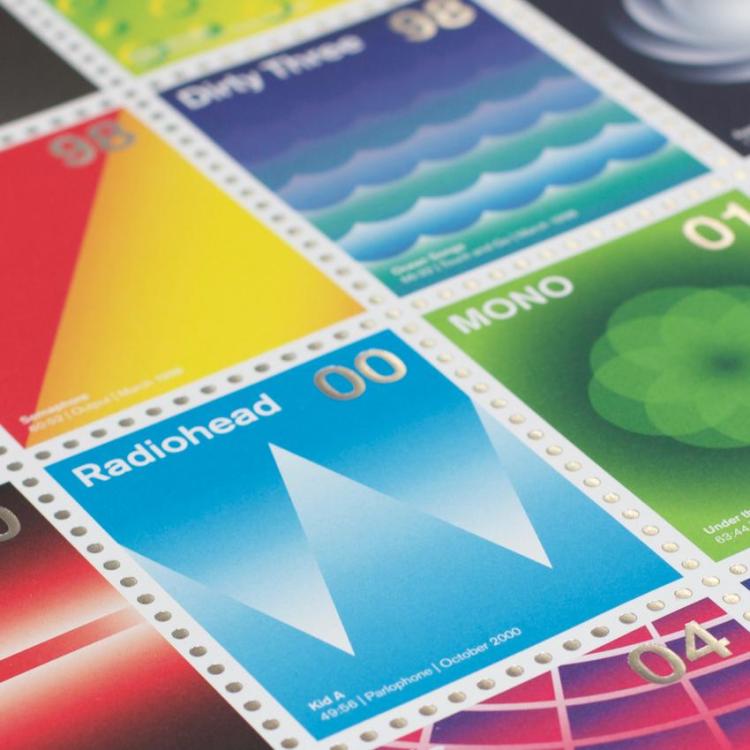