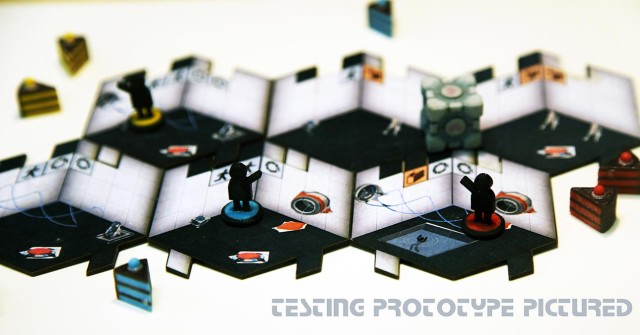 Portal: Uncooperative Cake Acquisition Game is an upcoming board game from Cryptozoic Entertainment based on the critically acclaimed video game franchise Portal from developer Valve Software. The title may change as development continues.

Announced by Cryptozoic Entertainment during February’s American International Toy Fair in New York City, details remain sparse on the board. Cryptozoic has said that the game, which hosts two to four players, is scheduled to hit retail in Q4 2014 with a $50 price tag. They also note that the game was designed by Valve Software, and it will include custom pieces like test subjects and a weight companion cube that should be familiar to fans of Portal and Portal 2.